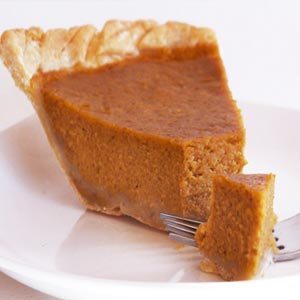 When sisters Adeena Sussman and Sharon Wieder faced the death of their mom from ovarian cancer, they wanted to develop a charitable memorial that expressed who she was in life. Since she had been a great cook and baker, and because Thanksgiving was one of her favorite holidays, Pies for Prevention was born.

Adeena and Sharon began baking Thanksgiving pies, which they sold to friends and community residents. The pie sale proceeds went to the Stephanie Sussman and Ann Nadrich Memorial Fund at Sharsheret, in memory of their mother and grandmother. Sharsheret, which provides a lifeline of education and support for young Jewish women with breast cancer, was thereby able to develop educational materials and programming for Jewish women facing ovarian cancer and their families.

Each year the Pies for Prevention program spreads to new communities, from its beginning in Teaneck, to “franchises” in West Orange, Manhattan, Atlanta GA, Palo Alto CA, Sharon MA and the Five Towns. This year, for the second time, Great Neck will also have Pies for Prevention, with the co-sponsorship of Women’s Tefila and Sisterhoood of Great Neck Synagogue. The program is being co-chaired by Tovah Werber and Nechama Liss-Levinson. Tovah’s grandmother, Rosa Preis, and Nechama’s mother, Gertude Yagoda Liss, both died of ovarian cancer. The Pies for Prevention in Great Neck is to honor their memories, and the memories of many other women we all loved who suffered from ovarian or breast cancer.

Last year, the Pies for Prevention program was almost sidelined because of Superstorm Sandy, which arrived just as they were rolling out the program. Many families in Great Neck were severely affected by the storm, and it seemed impossible to be able to organize volunteers to bake the pies in time for Thanksgiving without access to heat, gas or electricity. It was also difficult to get the message out, since the Internet and phone service were down in most areas for long periods of time.

Despite these difficulties, they were able to raise over $1000.

You can be part of the project by purchasing pies online at: www.sharsheret.org/pies-for-prevention/greatneck . All pies are $36 and must be ordered by Nov. 17 . They are all homemade with Kosher ingredients (not under rabbinic supervision) and are pareve.

It’s a great way to feel good by doing good.