Best-selling author and New York Times columnist Frank Bruni shared insights from his book Where You Go Is Not Who You’ll Be: An Antidote to the College Admissions Mania this past spring at Temple Sinai of Roslyn as students were trying to decide where they should attend college.

While addressing the large audience, Bruni explained that although many people believe that attending an Ivy League school is the ultimate accomplishment, these exclusive colleges are not always the best choice for every student. He pointed out that when looking at lists of winners of coveted academic awards and successful individuals at the top of their fields, while many did attend prestigious universities, a significant portion graduated from lesser-known small colleges and even state schools. He went on to say that many of these non-Ivys can actually be a better choice for students, given specialized programs and teaching styles.

The evening concluded with a question-and-answer session from the audience, hosted by Rabbi Michael White of Temple Sinai. The takeaway: Like with most things, you can’t judge a book by its cover and you shouldn’t select a college solely on its name or status. Just because it’s esteemed doesn’t mean it’s the right choice for every student. Plus, going into staggering debt to attend an expensive private school will have a greater impact on the graduate’s career as he or she will be forced to accept positions based on salary, rather than fulfillment. So, before assuming a student’s life will be over if he or she doesn’t attend an Ivy, research the substantial small, specialized programs. Applicants are likely to find a more suitable fit.

A Times staffer since 1995, Bruni has been an Op-Ed columnist since 2011, and writes about diverse topics, ranging from American politics and higher education to gay rights. He’s been a White House correspondent, the chief restaurant critic, a staff writer for The Times Magazine and the Rome bureau chief. His previous best sellers include Born Round, a memoir of his eating life, and Ambling into History, concerning George W. Bush’s first presidential campaign. 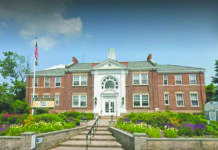 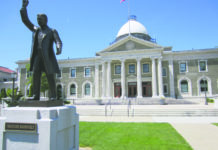 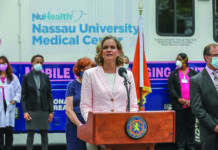 Leave a Reply to What Does College Mean To Great Neckers?  | Great Neck Record Cancel reply