Often one village or another seems to be featured in the news many times in one period. Mostly these are the “main villages,” the ones with business districts. offices and shopping areas. Villages that contain a lot of business districts, shopping districts, private residences, townhouse and apartment buildings, and maybe even waterfront property with its own issues, these are the villages that have the most “going on” at any given time. These are the villages that are the most likely to make the news. This summer the Great Neck Record will contact each of Great Neck’s nine villages and catch up on what is going on all over the peninsula. This week is a special report on the Village of Kensington, the quiet, residential village off Middle Neck Road, in the middle of the peninsula. 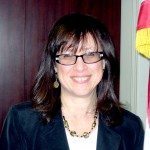 Kensington was established over 100 years ago at a time when development on Long Island was just taking off. The community has taken root and thrived ever since. Although the trees have matured over time, and new ones have been planted, the look and feel of the Village has remained.
Village officials include Mayor Susan Lopatkin and trustees Philip Bornstein (deputy mayor), Darren Kaplan. Alina Hendler and Jeffrey Greener.
Mayor Lopatkin reports that big news is “house sales and new construction.” Lots and lots of houses are selling in Kensington. Houses are selling at high prices, people are doing both large and small renovations, and several new houses are going up due to knock downs of older, smaller homes. Lopatkin told the Record. “The building department is extremely busy and that’s a good thing,” she added. “We are happy to see that people continue to see value in living in the Village of Kensington and are willing to invest large amounts of money to improve their homes.”
Lopatkin noted that this time of year is a busy time for the village pool, especially this year with the recent warm summer temperatures. “Since we keep the pool temperature relatively warm, people are really enjoying it.” Additionally, this year, the village had a lot more non-resident pool members who were sponsored by residents and all are enjoying their Kensington pool-time. Along with new basketball courts at the village park and a beginning-of-season pool party and a soon-to-be announced end-of-season pool party, Lopatkin reports a very successful summer. 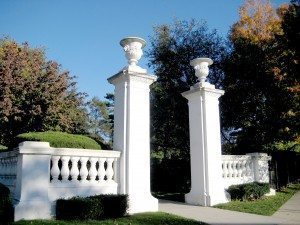 Warm weather or freezing snowy weather, Lopatkin says that PSEG has informed them that the company will be starting another tree trimming in the village starting in late July. With the memories of Superstorm Sandy and the constant snowstorms last winter still fresh in everyone’s mind, Lopatkin was pleased that this new project is about to begin. This project includes cutting back on the tree branches which are interfering with the overhead electric lines. Since the village’s electric lines run behind the houses, the beautiful look and feel of the village won’t be affected; street trees will not be cut back.
Several other village projects are still waiting on several grant applications to be approved and funded. These grants include one for a generator for village hall, another for street signs and a third for beautification of the front gate landscaping.
And exciting for all in the village is the anticipation as they wait for their current police recruit to graduate from the police academy and in the Fall join the private Kensington Village police department.
Kensington is thriving, still a most desirable place to live.