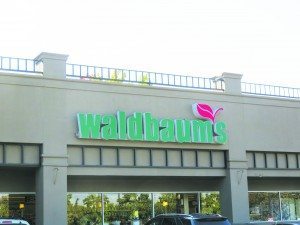 I have lived in Great Neck since 1950 when I was 5 years old. I have been active in the business district since 1959 when I began in what was the family business, Camp & Campus. It became my passion and I have actively run the business for the last 56 years.

I have seen all the changes in Great Neck Plaza and the Great Neck Peninsula that have taken place over the past half century. True, the Great Neck peninsula is an affluent community. But an affluent community in and of itself does not guarantee the success of a supermarket such as Waldbaum’s or, for that matter, any business. There are many factors that have developed over the last 10 years or more which have made it extremely difficult for Waldbaum’s to be profitable to the extent that some other company would want to buy it.

The population of Great Neck—not just Great Neck Plaza—has changed drastically over the last three-and-a-half decades. There was a major influx of Iranian Jews in the 1980s and ’90s. More recently, there was an influx of Orthodox Ashkenazi Jews. Then, there was the influx of Asian families from China and Korea.

With the change in population, new stores opened which cater to those populations. They are major competition for a traditional supermarket such as Waldbaum’s. Great Neck now has two kosher supermarkets, Everfresh in the old village, as we have called it for decades, and Shop Delight near the post office in the plaza. And, we have Hmart on Great Neck Road near the border with Little Neck. Hmart is owned by Asians and caters to the Korean and Chinese families.

There are other factors, too. North Shore Farms near the Long Island Expressway is an excellently run supermarket with a huge selection of prepared and gourmet foods.

And on Northern Blvd., a little to the east in Manhasset, there’s King Kullen and a little further east is Whole Foods and to the west in Little Neck, there’s Stop & Shop, all three with plenty of parking. And, there’s a huge Fairway in Douglaston. There’s an Associated Supermarket on Middle Neck Road with plenty of parking, too, though the facility could use a major facelift.

If Waldbaum’s lost five percent of its previous business to each of the above groceries, what’s left?

Plus, there’s one more factor that’s the straw that’s broken the camel’s back—and has been the kiss of death for Waldbaum’s. Planet Fitness, the new gym in the Waldbaum’s shopping center, runs an operation that, for success, requires a very large membership to be profitable. It has attained that membership, a very large percentage of whom do not even live in or near Great Neck. Parking in the shopping center has become a serious problem. My wife will not drive into the parking lot because of the congestion and the less-than-ideal driving habits of many of the patrons of Planet Fitness.

Read an update about Waldbaum’s: here.