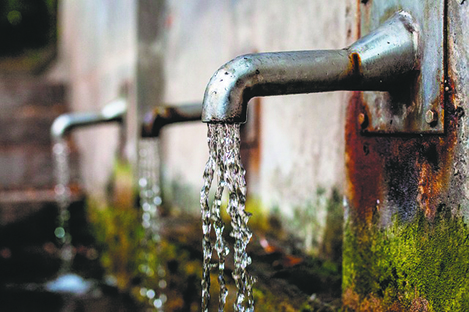 “By investing in improving our state’s water infrastructure, we are laying the foundation for regional growth and prosperity while also protecting our natural resources,” Cuomo said in a statement. “These investments in our communities will help ensure residents in every corner of the state have access to safe, clean drinking water, helping to build a stronger New York for all.”

The grants, which are intended to help fund the district’s construction of Advanced Oxidation Process (AOP) filtration systems in each well where the level of 1,4-dioxane detected exceeds 1.0 part per billion (ppb), a maximum contaminant level approved by the New York State Department of Health last summer.

The 23 total grants given out to Long Island water districts, which range from $42,000 to just over $14 million, fund at most 60 percent of the estimated cost of setting up the necessary number of AOP systems in each district. Previous announcements capped the total amount of money in any one grant at $3 million.

For the Water Authority of Great Neck North, which services the communities of Great Neck Village, Great Neck Estates, Saddle Rock, Kings Point, Kensington, portions of Thomaston and Great Neck Plaza and some unincorporated areas in the Town of North Hempstead, the state is contributing $3 million to the estimated $5 million project to set up a filtration system in a single well. The authority said steps to implement the system are already underway, and it will continue to seek grant money as it becomes available.

The remaining portions of the peninsula—Russell Gardens, University Gardens, Lake Success and the rest of Thomaston and Great Neck Plaza—are served by the Manhasset-Lakeville Water District, which has been granted just under $11 million to help filter two wells. The combined cost of the projects for the district is estimated at about $23.3 million.
According to the Environmental Protection Agency (EPA), 1,4-dioxane is a synthetic chemical produced as a by-product in paint strippers and antifreeze, among other products, and found in many household cleaning and beauty products. The EPA calls 1,4-dioxane a “likely” carcinogen. No federal regulations on 1,4-dioxane levels are currently in place, but the EPA health advisory for the chemical is 0.35 ppb. Cuomo signed legislation banning the sale of cleaning products containing 1,4-dioxane in the state on Dec. 9.

Both the Water Authority of Great Neck North and the Manhasset-Lakeville Water District are currently suing the Dow Chemical Company, Ferro Corporation and Vulcan Materials Company with claims the companies released 1,4-dioxane into the water supply while aware of its health risks. The districts are two of 23 on Long Island suing the companies for damages to help cover the costs of filtering the contaminant so the burden isn’t placed on taxpayers. The suits are ungoing, and the Water Authority of Great Neck North reiterated its commitment to holding the chemical companies accountable to paying for the damage when contacted by the Great Neck Record for comment.

“The idea is that the public shouldn’t have to bear the cost of removing chemicals they didn’t put in the water,” Katie Jones, an attorney at Sher Edling LLP, a California-based law firm representing the plaintiffs, said back in October. “The responsibility falls on the company that manufactured the chemicals, marketed and promoted their use all while knowing about its risks to human health and about how long it stays in the environment.”

Arjun Venkatesan, a research scientist for the New York State Center for Clean Water Technology and a professor in Stony Brook University’s Department of Civil Engineering, specializes in treating emerging contaminants in drinking water supplies. Venkatesan said the AOP doesn’t work with PFOA and PFOS due to the toughness of the compounds, but the pair of contaminants can be treated by more accessible measures.

“The good thing is the granular-activated carbon filters that are currently in place, and even the Brita filters, are capable of removing these compounds from water,” Venkatesan said. “The carbon filtration system does a pretty good job of removing PFOS and PFOA, but there are several questions associated with it. [PFOS and PFOA] are actually a group of chemicals, there are more than a thousand formulations, including some several unknown species that we cannot even detect now. So we don’t know if the filtration works great for all these compounds.”

Venkatesan mentioned filtering these contaminants out of a water supply is a time-consuming process, and also cautioned residents in affected areas against acting rashly.