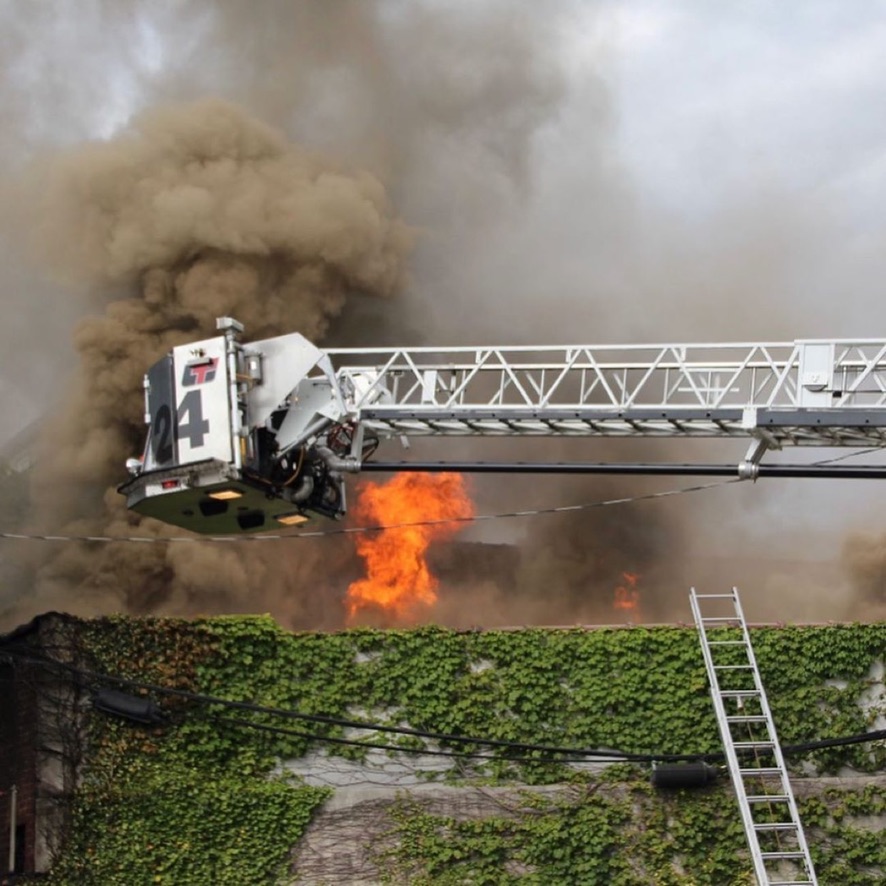 At 3:55 p.m. the Great Neck Vigilant Engine & Hook & Ladder Co. Inc. was dispatched to reports of a brush fire at 10 Middle Neck Road. Upon arrival, Vigilant units found fire in the rear of 15 Cuttermill road with an extension into the ceiling of the store. Chief of Department, Joshua Charry, transmitted a Signal 10 (Working Fire). The Fire quickly spread through the cockloft in the roof across a row of 4 stores numbers 15, 11, 9 and 7 Cutter Mill Road. More than 250 firefighters from around the county responded mutual-aid to help battle the 5 alarm blaze. After approximately 2 ½ hours, the fire was deemed under control by Charry.

A total of 10 Firefighters and EMTs were evaluated for injuries. Seven of which were treated and released at the scene. Three were transported to North Shore University Hospital with minor injuries. 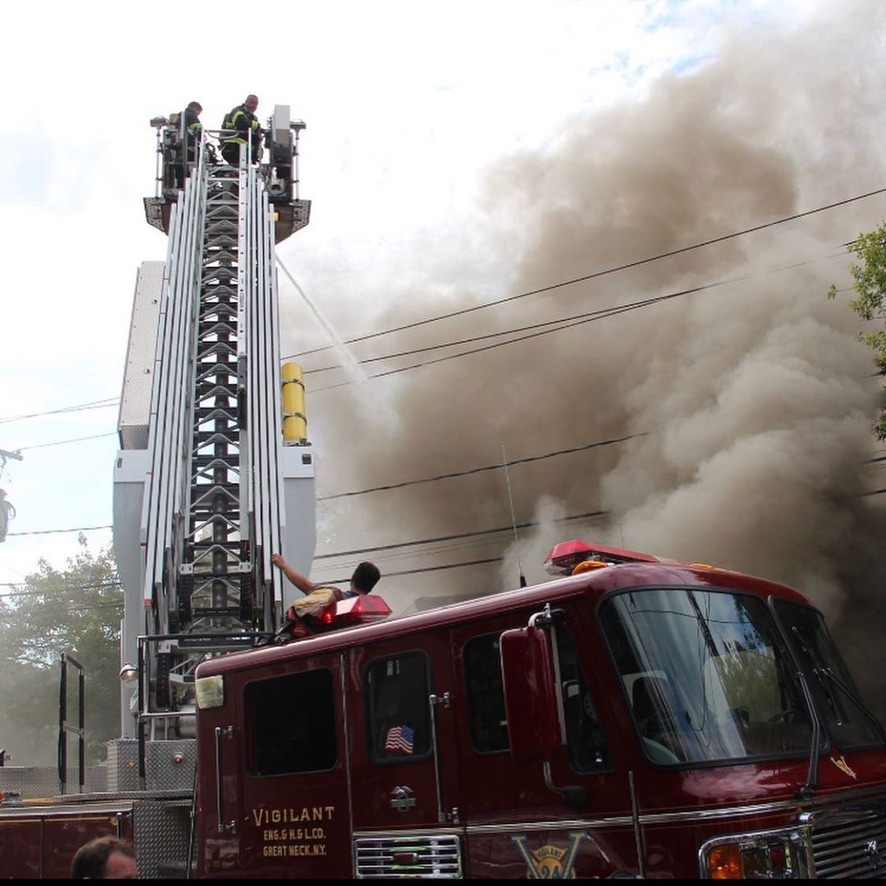 “I am extremely proud of the dedicated volunteer men and women from the Vigilant Fire Company and all mutual-aid units who came together to battle this tough blaze. Our thoughts are with the store owners and families who were impacted by this fire. We wish them all a speedy and successful rebuild.” Charry said.