Great Neck native and SUNY Old Westbury guard Nat Vaughan was recently named to the 2013-2014 National Association of Basketball Coaches Honors Court for his performance both on and off the court. 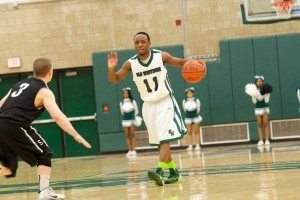 Vaughan, a senior Marketing major, played 24 games for the Panthers during the 2013-2014 season. As a junior, Vaughan averaged 3.0 points and 1.8 assists per game, playing a total of 299 minutes for an average 12.5 minutes per game. He also recorded 12 rebounds and 11 steals. Vaughan poured in a career-high of 12 points on 6-of-12 shooting from the field during Old Westbury’s 91-49 victory over NYU-Poly last January, and later recorded a career-best with six assists in conference victories against NYU-Poly and Sage in February.