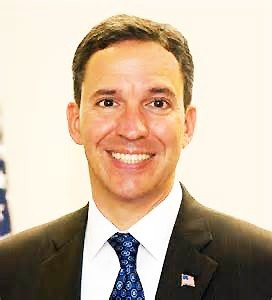 No doubt the recent Paris terrorist attacks followed by events in San Bernardino have left you as shocked and as angry as I am. Like many of you, I spent these past few weeks trying to understand the violence and frankly, I just don’t.

Currently, the Obama administration has undertaken the controversial resettlement of thousands of refugees from war-torn Syria into the United States. At first glance, there would seem to be a clear moral imperative to us as Americans to take in some of this displaced population. After all, most of these innocents have been victims of the same type of violence that we saw in Paris, except more brutal and systematic. Yet at the risk of sounding insensitive, I would respectfully suggest that Governor Cuomo join the 31 other governors from around the United States who object to such action and here’s why.

The vetting process: It looks good on paper, but is truly without substance. The lack of data is simply too great for the FBI to be expected to perform the task adequately. In many cases, there are no government records, no police records, no fingerprints and often, no official paperwork at all on these refugees. Even if there were, we don’t have sufficient access to it. Syria’s government has been decimated by years of civil war and corruption. Furthermore they recognize us as enemies and actively resist cooperating in the world community’s effort to resettle its population. So precisely what are we checking?

Numerous failures: For starters, we’ve “vetted” so-called allies in Afghanistan and Iraq since Sept. 11 for security roles only to be met by regular “green on blue” attacks on our military personnel. From 2008 to 2015 alone, 91 attacks claimed the lives of 148 coalition troops and wounded 186. Then just recently here at home, the Department of Homeland Security and the Transportation Security Administration (TSA) admitted that as many as 73 people on their “terrorist watch list” somehow obtained aviation jobs around the country. They blame “sloppy record keeping” and “inter-agency red tape.” So I ask you plainly: If the federal agencies charged with protecting us and our military here and abroad drop the ball, why should we believe that they can root out subversives from among the thousands who have no paperwork? It’s preposterous. But it’s an election year, folks.

Historical precedent: In 2011 President Obama’s State Department stopped processing Iraq refugees for six months after the Federal Bureau of Investigation declared dozens of Iraqi terrorists had come here through the refugee program. ISIS already claims to have sleeper cells among Syrian refugees and a local, New York Syrian leader maintains that Syrian corruption is so rampant that authentic, official identification papers with fake names are routinely obtained via bribery. Throw in the five Syrian nationals on their way to the U.S. that were apprehended two weeks ago in Honduras with fraudulent passports and we have a clear picture of imminent danger. The President took sound advice in 2011, so why not now?

There are those who claim that any reluctance on our part in accepting the Syrians betrays some engrained American ethos; that we would have to “give back” the Statue of Liberty and her promises per se. But nothing could be further from the truth. In reality the United States has historically been and today remains the most generous and welcoming nation in the history of civilization. In that light, an even more outstanding element of our national character is prudence. We should not discard our national prudence at such a critical moment under pressure from revisionists who would have you believe otherwise.

My friends, when the political posturing ends, the simple question remains: Could the influx of Syrian refugees pose a terrorist threat to our nation? The honest answer is yes. The bloodshed and carnage caused by ISIS is sickening, as is their pledge to exploit the refugee crisis to cause even more devastation elsewhere (which they did in Paris). Our hearts break for the people who are truly suffering, because they are fleeing the same terror we are trying to prevent here. But without appropriate safeguards to keep terrorists from infiltrating our borders, we should not proceed. On that note, I leave you with an observation I read that certainly applies to us as a nation: “I don’t lock my door at night because I hate the people on the outside, but because I love the people on the inside.”