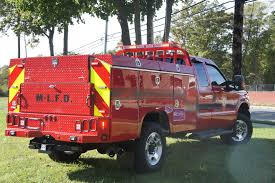 On Saturday, May 9, at 6:49 p.m., Manhasset-Lakeville F.D. Companies 3, 4, 5 and the ambulance unit were dispatched to 40 Schenck Ave. for a reported apartment fire. Multiple M-LFD chiefs responded to the alarm and were advised that NCPD units were confirming a fire in an apartment on the first floor. EMS Fly Car 8799 arrived on scene in one minute and Ambulance Unit Captain Lee Genser reported “smoke showing” and that NCPD units were evacuating the building.

Tower Ladder 8744 was the first piece of apparatus on scene. The officer of TL8744, Captain Stepanek, located a fire in an apartment on the first floor and requested a hose line while his inside team used its water to hold the fire back. After hearing the captain’s report, Chief of Department Garrigan transmitted a “Signal 10” for a working fire in an apartment building. A  hose line was stretched by the crew of Engine 8735 to the apartment and was used to extinguish the fire. A second hose line was stretched by the crew of Engine 8740 but was not used.  All units were released from the scene within an hour.

On May 14, at 11:35 a.m., M-LFD Companies 3, 4, 5 and the ambulance Unit responded to 171 South Middle Neck Rd. for a reported apartment fire. Engine 8740 was the first piece of apparatus to arrive on scene, and confirmed a working fire in a kitchen of an apartment and stretched a hose line to extinguish the fire.