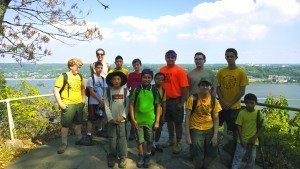 The Troop 10 Scouts of Great Neck began their fall camping season with an overnight trip to Alpine Scout Camp in New Jersey.

After setting up camp, gathering wood to use later and eating lunch, older Scouts instructed the younger Scouts on fire safety. They learned how to make firelays and then set them on fire. 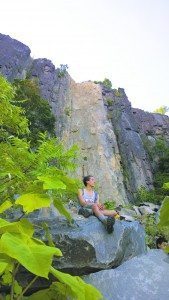 Next, they set out on a fairly difficult hike. They crossed the Palisades Parkway and made their way to the Women’s Federation monument, a two-story castle that commemorates the efforts of the New Jersey Federation of Women’s Clubs in preserving the Palisades. They then descended 520 feet on a trail built on the side of the cliff until they reached the Hudson River. They hiked north and cavorted on a field of huge boulders. After conquering a rapid ascent of 520 feet, they returned to cook dinner. 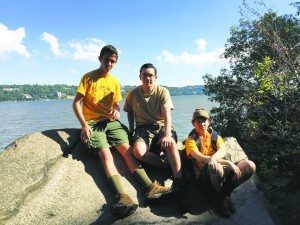 The 13 boys on the trip are members of three patrols. Each patrol planned and cooked chicken three different ways on camp stoves. They also made side dishes. The adults made slow cooked ribs and a Dutch oven pineapple upside-down cake.

The troop sat by a really large campfire made by one of the senior Scouts and enjoyed each other’s company until it was time for sleep. 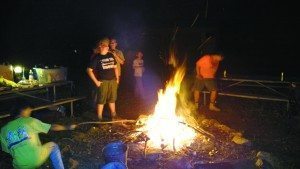 In the morning, the patrols cooked breakfast, preparing eggs and bacon, pancakes and bacon, and holes-in-one and turkey bacon. 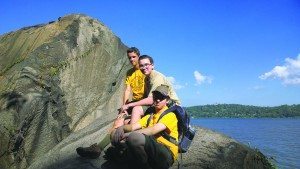 They cleaned up, packed up, made sure their site was cleaner than when they found it and returned to Great Neck.

Boys 11 and older are eligible to join Troop 10. For more information, email djrosenstein@gmail.com and put “Boy Scouts” in the subject field.