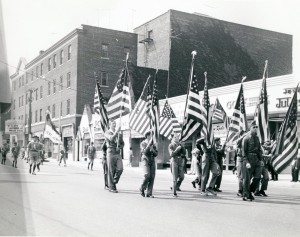 For 100 years, Boy Scout Troop 10 of Great Neck has been helping to mold boys into young men with integrity, an appreciation of nature, awareness of the importance of physical fitness and a habit of community service and desire to help others.

In the spring of 1915, 10 young men appeared at the Susquehanna Avenue home of a Great Neck schoolteacher named Howard Covey. They wanted to form a Boy Scout troop, and they asked him to be their scoutmaster. Meetings began in a space above Covey’s garage. Two years later, in 1917, the Nassau County Council was formed, with President Theodore Roosevelt as its first commissioner and Covey as its first executive. The troop was officially chartered by President Roosevelt. At that time, every community had its own Troop 1. Out of deference to the President, his town of Oyster Bay kept the title of Troop 1 and Great Neck’s troop became Troop 10.

The “golden age” of scouting in Great Neck was in the 1950’s and 1960’s. At that time, there were seven active Boy Scout troops in Great Neck and the same number of Cub Scout packs. Troop 10 has kept a continuing and active presence in the community.

Troop 10, nicknamed “The Rough Riders,” is now one of the oldest troops in the United States. Over the years, it has built a tradition of outdoor scouting experiences and service to the community. The scouts and leaders of Troop 10 have participated in local food drives, conservation and environmental protection projects, civic celebrations and, in times of emergency, have been at the ready for calls by local village governments.

The troop is open to the entire Great Neck community, without restriction. More than 2,000 boys and leaders have worn the Troop 10 shoulder patch. Many have continued to serve their communities, and their nation, as professionals in the fields of government, law, medicine, business and the military. Friendships formed as scouts remain lifelong associations. Scouting memories last forever.

Troop 10 is celebrating its centennial anniversary with a brunch at Leonard’s Palazzo on Sept. 27, 2015. (The troop also celebrated its 50th and 95th years at Leonard’s of Great Neck.)

A committee of involved parents has taken on the task of planning this festive event. At this time, they are reviewing photos and memorabilia and tracking down former troop members. This is a formidable task, but a rewarding one. They are asking the community to step forward and make contact with the planning committee if they have memorabilia, photos or contact information about anyone who participated in Troop 10 over the past 100 years. They are looking for anyone who has something to say about how scouting has affected their lives, or about memories of their experiences in the troop. We are happy to accept photos of memorabilia by email at GNT10Centennial@gmail.com or contact Ruth Rosenstein, 239 Shoreward Dr., by calling 516-482-3603.