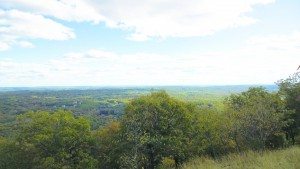 Troop 10 of Great Neck went backpacking in Harriman State Park on a recent beautiful weekend amidst the colorful foliage. Nineteen Scouts were accompanied by six adult leaders. Using compasses and topographic maps, they 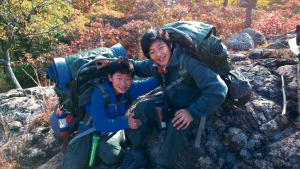 hiked 4.25 miles with everything they needed in backpacks to set up camp as well as cook dinner and breakfast. Along the way, they encountered several summits, including Eagle Rock and Panther Mountain, with outstanding views of sunlit valleys. They started at the east end of the Tuxedo-Mount Ivy trail and took a left at the Suffern-Bear Mountain Trail. 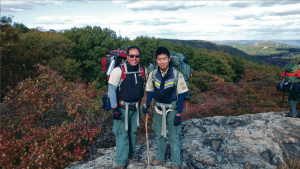 They camped near the E.D. Stone Memorial Shelter that was built in 1935. They cooked on lightweight stoves using liquid fuel. Each of four patrols, including the junior leadership patrol and the adult leaders, had a hot and hearty meal of ground beef, rice, tomato sauce, onions and celery. They had a campfire in an established campfire ring and then slept soundly. 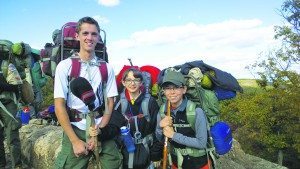 Up early, they boiled water for oatmeal and hot cocoa. They struck camp, made sure the area was cleaner than when they found it, including 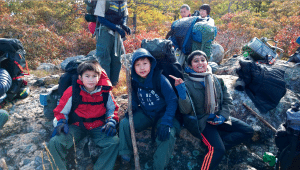 removing pieces of glass that were probably from several beer bottles and took the 1.5 mile Sherwood path to the parking lot. There was a short, unexpected detour through a muddy patch, in which two Scouts each lost a boot temporarily. 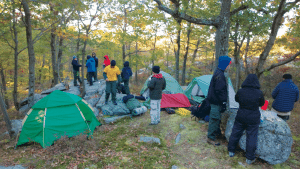 Troop 10 meets at the North Shore Presbyterian Church on Monday evenings from 7:45 to 9 p.m. when school is open. 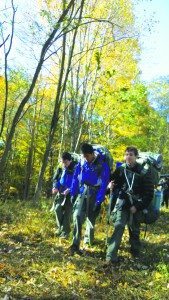 The troop is nondenominational and welcomes all boys from ages 11 to 17. If interested, come to a meeting or contact Scoutmaster, Dr. Dwight Rosenstein, at djrosenstein@gmail.com. 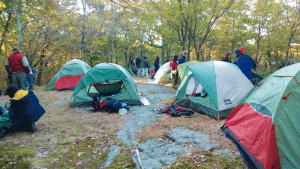