A Village of Great Neck college student was seriously hurt early this (Monday) morning when a tree in back of her house at 11 Wooleys Lane East fell on the roof and in to her second floor bedroom.

Emergency crews helped remove her from the debris that pinned her in her room and transported her to the hospital. The tree was estimated to weigh several thousand pounds. PSEG crews worked throughout the day to remove the tree as it impacted power lines when it fell.

The cause of the accident is under investigation.

News sources have identified the woman as 20-year-old Stephanie Epstein.

Great Neck Vigilant Fire Chief Josh Forst, whose company was one of six emergency units that responded to the Wooleys Lane East residence said, “It was a great example of how six different entities can work closely together and get one job accomplished.” 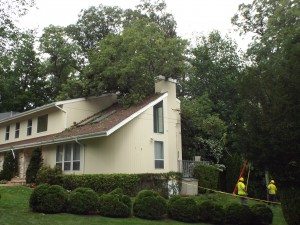 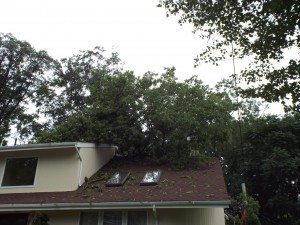 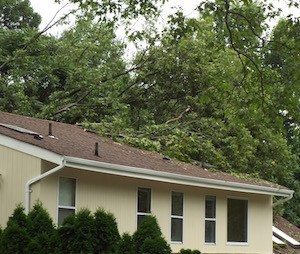