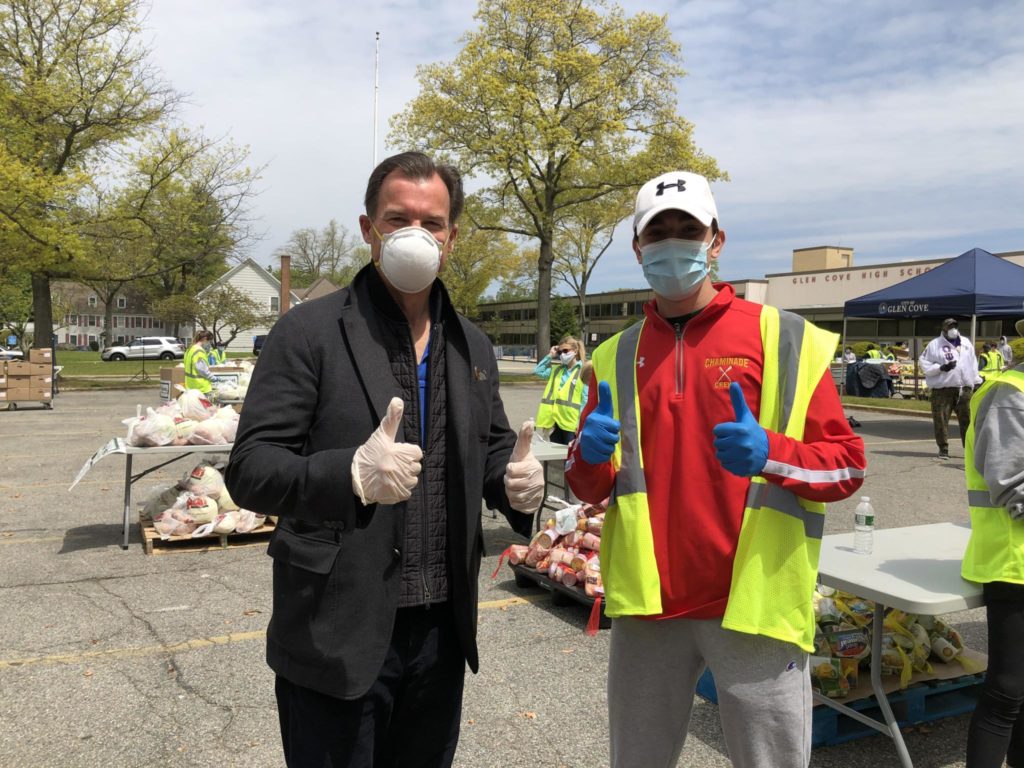 Congressman Tom Suozzi (D—Glen Cove) is already focused on continuing the work he’s started in the Third Congressional District of the U.S. House of Representatives.

“It was a great night and I’m very happy with the result,” Suozzi said following the election on a Zoom call with a group of reporters. “It’s amazing how many people actually voted.”

In 2016, 20,343 people voted in the district’s Democratic primary. But this year, there were approximately 50,000 votes. Suozzi said 60,000 people requested absentee ballots, with 60 percent returning them in Nassau County. He said at least 36,000 absentee ballots will be counted when everything is said and done. In-person voting consisted of 16,443 ballots throughout the district.

Suozzi cruised to the Democratic primary triumph, earning 56.8 percent of the vote. D’Arrigo, who is considered to be a more progressive candidate, tallied 32.7 percent. Weinstock, a former prosecutor, earned 7.85 percent. The final tally is yet to be determined as absentee ballots have not been fully counted, according to the New York Board of Elections.

“I’ll probably have a big thank you party in the middle of July,” Suozzi said. “We had hundreds of volunteers. It was very different campaigning in this environment. We made a lot of Zoom calls.”

Going forward, Suozzi said if he’s reelected, he wants to continue what he’s been working on since he took office three years ago.

“I don’t plan on doing anything differently,” he said. “I’m going to try to bring money back to New York and get things done for the people I serve. One of the things that was a misrepresentation during the campaign that it was a suggestion by one of the campaigns that I caucus with the Republicans. I’m a member of the Democratic caucus and I work closely with my Democratic colleagues.

“I’m a member of the problem solvers caucus, which is very different than saying I caucus with the Republicans. I’ll work across party lines to get things done. But when everything is said an done, I’m a Democrat and that’s why I was appointed by [House Speaker] Nancy Pelosi to the House Ways and Means Committee and the executive commission on China. I’ll continue to try to build relationships with people to get things done.”

Suozzi also mentioned that he continues to fight to push for Long Island’s ecosystem, including the Long Island Sound, cleaning up the Navy-Grumman Plume and more. He also stated that he will continue to advocate for funding for the Northport VA, as well as the area’s hospitals.

Prior to the conclusion of Suozzi’s press conference, Suozzi defended his support of the State of Israel. Specifically, he pointed out that D’Arrigo campaigned against Suozzi for supporting the Jewish state. 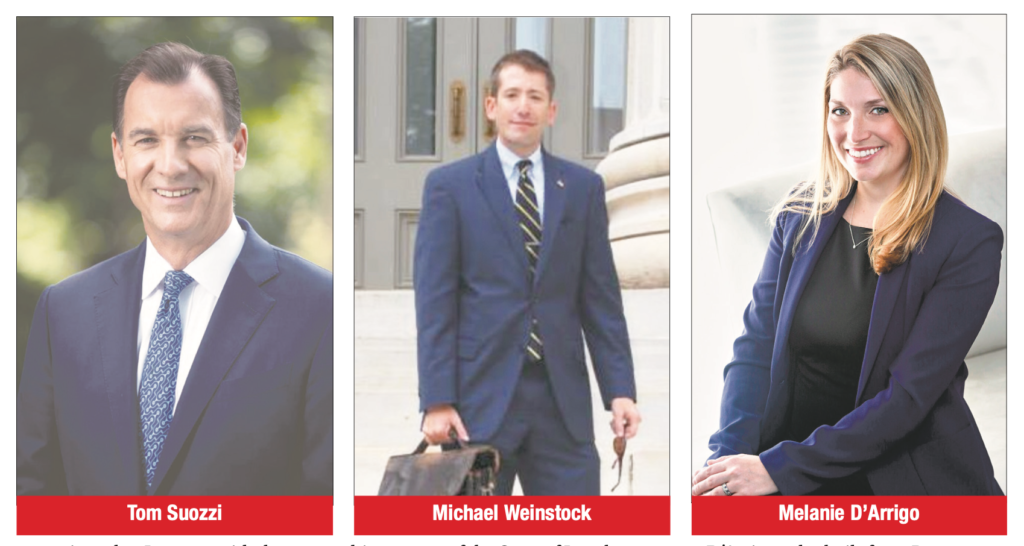 Additionally, D’Arrigo claimed that Weinstock had ineligible signatures when he registered for the primary. In doing so, a New York State Supreme Court filing was delivered to him on a Saturday, which he argued was illegal because he observes the Jewish Sabbath. Opening mail on the Sabbath, according to Orthodox Jewish observance, is a violation of the day.

“I’m elated that the court ruled in my favor,” Weinstock said. “I can tell the story now in a lighthearted way, but it was very anxiety-producing to have to prepare for these hearings. Being Jewish is one of the cornerstones of my life.”

D’Arrigo, who hails from Port Washington, was backed by Joshua Sauberman, who previously competed for the district’s seat. The charges were dismissed by the New York State Supreme Court, a move upheld by the appellate court on grounds that Sauberman did not serve the complaints within the required timespan or by proper methods.

Upon learning about the primary victory, Suozzi, his wife Helene and daughter Caroline planted a yellow magnolia tree in honor of his father-in-law, Michael Wrotniak Jr., who died in April of the coronavirus at the age of 92.

In the November election, Suozzi is set to face off against Republican George Santos. Santos, 31, touts his immigrant status as a first-generation American, whose family hails from Brazil. He calls himself “a next-generation Republican,” aiming “to bring common-sense solutions to Washington for your family.”

Election Day is being held on Tuesday, Nov. 3. Visit www.usa.gov/register-to-vote if you are not a registered voter. The early voting period for the election will be from Oct. 24 through Nov. 1.