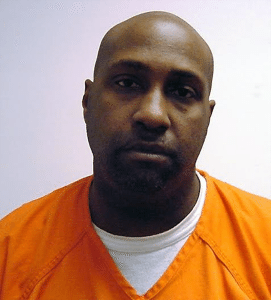 A Queens Village man was arraigned for allegedly using false and forged documents to sell a Brooklyn property and absconding with more than $200,000 after the real estate closing, according to Nassau County District Attorney Madeline Singas.

Christopher Cable, 39, was arraigned before District Court Judge Darlene Harris on the charges of second-degree grand larceny and three counts of second-degree criminal possession of a forged instrument. The defendant’s bail was set at $100,000 bond or $75,000 cash and faces a maximum of up to 5 to 15 years in prison on the top charge.

“Real estate scams are always evolving and perpetrators are using new and inventive ways to defraud homeowners in Nassau County and around the state,” DA Singas said.
“I encourage anyone who thinks they have been a victim of a real estate crime to contact my office through our 24-hour tip line.”

DA Singas said that on April 1, 2014, Cable allegedly submitted false and forged documents at a real estate closing in Syosset, stating that he was the president of a corporation known as New York RE LLC and that he had corporate authority to sell its property located at 739 Hemlock Ave., Brooklyn, NY, to Hemlock House LLC, which was created solely for the purpose of taking ownership of the property.

The forged documents allegedly included an updated corporate Operating Agreement and a notarized Resolution to (Purchase) (Sell) (Mortgage) dated March 31, 2014, both of which bore the forged signature of the managing member of New York RE LLC. In fact, Cable had no relationship to this corporation or to the property whatsoever.

The sale price of the property was $225,000, and at the closing, Cable allegedly received $213,394.86 in proceeds. On April 2, 2014, he opened a bank account at Capital One Bank in Great Neck using a forged document entitled, “Action by Sole Incorporator of New York RE LLC” dated Nov. 17, 2009, which named Cable as a director of the company, also purportedly signed by the managing member of New York RE LLC. He deposited $178,394 of these funds into this account and then withdrew substantially all of this money from it. The closing was insured by Commonwealth Land Title Insurance Company, which paid the $225,000 claim that was subsequently made by the purchaser.

The actual owner of the property sold it to another party on May 1, 2014.

Nassau County residents who may have been a victim of a real estate crime are encouraged to call the NCDA Complaint tip line at 516-571-7755.