In the past decade, wealthy Chinese have flocked to Great Neck—a neighborhood that attracts immigrants because of its excellent schools and convenient access to Manhattan and Queens—and groups like the Great Neck Chinese Association (GNCA) are helping Chinese residents, old and new, integrate into the neighborhood and advocate for the group’s interests within the community.

Celebrating its 20th anniversary this year, GNCA is a nonprofit organization that has played an important role in helping the Chinese community assimilate in the Long Island region, both by helping immigrants better understand American culture and its school system, as well as keeping alive familiar Chinese customs and celebrations that immigrants practiced before coming to America.

“When I first moved in, our neighborhood—including me—had only two or three Chinese families,” says Else Yung, a longtime Great Neck resident and former president of the GNCA. “But now, everywhere you see Chinese moving in,” she says, “especially Chinese parents.”

Yung, who is now treasurer of the GNCA, says the main priority of the group is to keep Chinese residents abreast of what’s happening within the region, disseminating information in Chinese because most of them don’t understand English or American culture. While many of the Chinese living in the area are working professionals and have been in New York for a while, the neighborhood also attracts far wealthier Chinese immigrants who have business ties to mainland China and are new to the U.S. and the language.

“The main issue is to let the people be aware of what’s going on. Because most of them are immigrants, they’re new here and they don’t speak English,” Yung says. “We need to let the Chinese people know [in a way they understand].”

The GNCA uses WeChat—a smartphone messaging application used by many Chinese—to inform the community, and members within the GNCA, who form WeChat groups dedicated to various topics, ranging from commuter chat groups to those for parents with children in different Great Neck Schools to groups for residents interested in hunting.

“The new immigrants, of course, find language a challenge, but their children are getting integrated quite well. But that’s why the Great Neck Chinese Association is so popular in that it provides the venue for the non-English-speaking community to stay in contact with each other,” says Doug Lee, a longtime Long Island resident who previously ran for New York State Assembly to represent District 16 in Nassau County. Lee, who works for a financial services firm on Wall Street, is not a member of the GNCA but has worked with the group and attended its events through campaigning.

The GNCA strongly encourages Chinese parents to get involved in the school system, which has had a significant increase in Asian student enrollment. Yung says that it’s important for parents to be aware of parent-teacher meetings, to stay on top of the decisions being made by the school board, and how they affect the students and their education. It’s also important for the school to know that Chinese parents are there, so that they can be involved in decision making, she says.

“These parents don’t know exactly what the American education system [entails]. We need to educate them and we need to let them know that their involvement in their schools is most important. So we encourage them to participate in school—for example, to volunteer at school, to get involved in PTA meetings. They need to go to all the important educational meetings, so that we let [educators] know that Chinese parents are here,” she says.

For the 2013-14 school year, more than 6,300 students were enrolled in Great Neck public schools. Thirty-three percent of those pupils were Asian, an increase from 25 percent during the 2008-09 school year, according to the New York State Education Department’s Information Repository System.

“Clearly, the children and families we work with represent an amazing array of diversity and cultural richness, and each of our schools is a place where families feel valued and respected. School is where our children learn to appreciate, respect and collaborate with people different than themselves, and the members of our board of education are proud to represent every child in the district,” remarked Dr. Teresa Prendergast, superintendent of the Great Neck Public Schools, in response to questions about the lack of Chinese representation on the school board.

Lee says that currently there is a “lack of complete understanding” between the Chinese community and the predominantly Jewish community that represents the school board. The Chinese association is interested in making sure this relationship continues to improve, he says, and to show that the Chinese residents are ready to integrate into the community at large.

“In terms of values, these are old values that we all share. Their core values are no different. The next step, however, is sharing power. Sharing responsibility in how to run the school system, how to run the village,” he says. “It’s not real contention other than breaking down barriers so that they work together.” 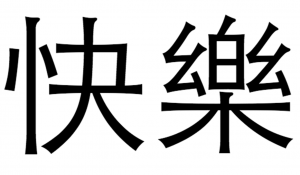 Advocate for the common good of its members;

Promote understanding of its culture and its people;

Yield a harmonious and happy living environment for all in Great Neck.