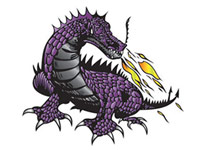 Leave it to high school students in a small town in southeastern Kansas to remind us why newspapers matter.

Last month, a group of reporters and editors from the student newspaper, the Booster Redux at Pittsburg High School, began digging through the records of the school’s newly hired high school principal, Amy Robertson. The young journalists quickly found inconsistencies in her education credentials—and pursued those inconsistencies until their dogged investigation led to Robertson’s resignation from the position.

The story sounds like it was ripped from the pages of the Boston Globe’s famed Spotlight team—a group of tenacious reporters furiously chasing down leads without fear of reprisal from authority figures. In the 2015 film chronicling Spotlight, the seasoned reporters faced off with the powerful Boston clergy and city officials, whereas the students in Kansas faced off against their own natural authority figure—a school principal.

This story of youthful journalistic ambition illustrates precisely the role of a newspapers’ editorial staff in a free society. Along with stories about local luminaries, business profiles or charitable outreach, there are times when a newspaper must utilize its freedoms to highlight injustice, corruption or any malfeasance, regardless of who might get trampled under foot. This brand of reporting tends to anger some folks, especially those in power, but it is necessary in a world where public officials often take advantage of the very people they are sworn to serve honestly and with integrity.

When integrity was perverted in Pittsburg, KS, the students stepped up. Not because they wanted to be friends with their new principal, but because they wanted a principal that upholds the tenets of the office and represents the student body with capable leadership.
All newspapers, including this one, should be as vigilant in the face of supposed authority.