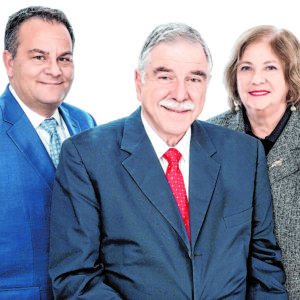 For a second term, the Great Neck Plaza Mayor Ted Rosen has recently been re-elected. Mayor Rosen was initially elected in the 2020 election, which was postponed due to COVID-19. He was inducted into his first term in October 2020. He will officially be sworn in for a second term, along with Deputy Mayor Pamela Marksheid and Trustee Michael Deluccia, on April 6.
Mayor Rosen was re-elected over Leonard N. Katz, with a vote of 401-307. Rosen was a trustee for the Great Neck Plaza and served as Deputy Mayor for over 30 years before taking on the role of Mayor in 2020.
“I’ve always been interested in the village and community service,” said Mayor Rosen. “The village is a great place to live and work, but we can always make things better and safer. I’ll be continuing my involvement in the village and addressing the issues that we and many other places face, such as improving the downtown, infrastructure, and safety for pedestrians and motorists.”
Since the beginning of 2021, there has been an uptick in new businesses opening in the village. Around 35 new businesses opened in the village. Some businesses had changed ownership, but the majority of the businesses were entirely new to the plaza.
“This was surprising because it was the middle of the pandemic,” said Mayor Rosen. “So earlier this March, Deputy Mayor Marksheid had the idea to have a mass ribbon cutting to celebrate and generate publicity for the new businesses that opened up during the pandemic.”
The village is always looking to attract various businesses to open in the village that will bring more people to the downtown.
“We did fill up a lot of the empty storefronts from the year before,” said Mayor Rosen. “People really want to do business in our village, and we want to do what we can to support our merchants.”
In Mayor Rosen’s second term, he plans on continuing the programs, initiatives and ideas for improvement that he and the other elected officials began in his first term. In particular, Mayor Rosen wants to get another cycle of the workshop series with Hofstra for this year. The six-series workshop was free for local merchants to learn about important aspects of retail today, such as social media marketing, improving the customer experience and financial management. 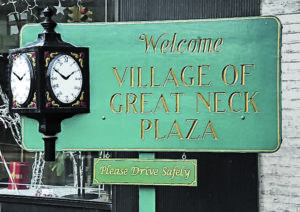 “In addition to improving downtown businesses, we’ve retained a downtown retail strategy firm,” said Mayor Rosen. “They are developing a retail strategy for us and are helping us recruit a person to be a downtown advocate. We are hoping to hire a person whose job will be to seek out prospective businesses to join our village.”
Improving the village’s infrastructure is essential to Mayor Rosen as the village has undertaken several projects to upgrade the village. There are two garages in the village built back in the 1980s and need to be renovated to upgrade the structure and concrete. According to Mayor Rosen, one garage is 95% done with the renovations and the second one’s upgrades will begin soon.
“We did a number of street pavings in the last year,” said Mayor Rosen. “We have a four-year plan to repave all of the streets in our village. We have one more parking lot to repave to complete year three and then start on year four.”
Regarding safety, the village has been working closely with the Nassau County Police Department (NCPD). The village hosted a program with the NCPD for residents to learn how to increase their personal public safety. The program was very informative, and the residents appreciated it.
“The commanding officers and the P.O.P squad (Problem-Oriented Policing squad) have been very responsive when issues come up in the village,” said Mayor Rosen. “For example, we have a small issue with homelessness in our village, and what I’ve wanted to do is get homeless individuals placed. So I’ve been working with the police along with several organizations, such as the Long Island Coalition for the Homeless. We brought the police and outreach workers together to go speak to various individuals and get them placed. We plan on continuing to work on that together.”
With spring around the corner, Mayor Rosen is looking forward to working with local organizations and residents on fun activities for the Great Neck area to enjoy.
“We work with the Business Improvement District (BID). They work with our downtown merchants to provide a series of promotions and celebrations for different holidays geared toward helping generate more business,” said Mayor Rosen. “The BID also helps with the Summer Promenades, where we close off a particular street and encourage businesses to bring out tables, chairs and merchandise. The BID helps arrange entertainment and music to attract people downtown.”
“We started a residents group made up of a number of people who live in the village,” said Mayor Rosen. “The group works with myself and the Deputy Mayor to plan different programs such as health programs and holiday celebrations. The group provides entertaining and informative programs, but it also helps build a sense of community.”
In his new term, Mayor Rosen and his fellow elected officials plan to grow prior initiatives while maintaining everything a village does, such as sanitization pick-ups and continuing the village’s long tradition of fiscal responsibility.