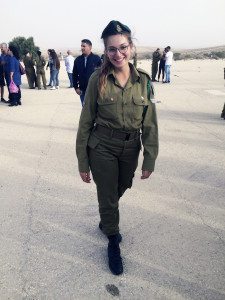 As hundreds of students returned home from college for winter break, Corinne Haber came back to the town she grew up in from a significantly different place.

Unlike most Great Neck 19-year-olds, whose supplies include textbooks and red cups, Haber’s essentials are her M16 gun and soldier uniform. Instead of heading to college like most of her classmates after graduating from Great Neck North High School in 2014, Haber chose to join the Israeli army. 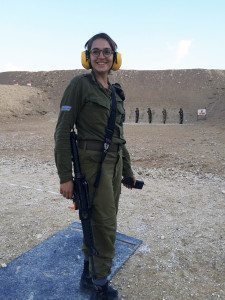 During high school, Haber’s experience was not unlike that of her peers’. She stressed over AP classes, dedicated herself to cross country and track and enjoyed clubs, such as Model Congress and Cheerleading. However, come senior year, when her classmates were dwelling on college applications, Haber was realizing that college wasn’t the next step for her.

Haber has always had strong ties with Israel; her father is Israeli, her mother lived and studied there, and she herself was born in Israel and lived there until age three. Even after moving to the States, Haber spent every summer with family and friends in the small Middle Eastern country. However, it was the summer she spent there between her junior and senior years of high school that seriously altered her perspective.

“That summer changed my life,” Haber said. “I realized there’s a world outside of Great Neck. There are other options than going to college that can help me learn and grow and become an independent person. I just really fell in love with the country of Israel. I decided that I wanted to live there.”

Once Haber decided she wanted to live in Israel, the natural progression became to do what every other Israeli does—join the army. 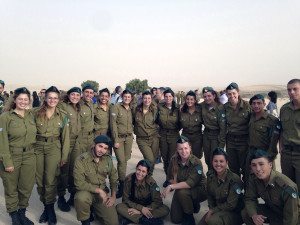 She made the official move, known as aliyah, on Aug. 1, 2014, just more than a month after receiving her high school diploma. Haber moved in with her father in Netanya, a city north of Tel Aviv, and spent her time until enlistment taking classes at the Ulpan, a Hebrew-language school, working at a children’s play center and backpacking through Europe for two months.

Now, 10 months since enlisting this past March, Haber is a commander for basic training in intelligence forces. Every soldier in the Israeli army goes through basic training, as did Haber, which lasts four weeks. It’s exactly as it sounds—soldiers learn the necessary basics before beginning training for their specific fields. These basics include discipline and essential skills, such as first aid, shooting and radio usage, Haber said. In her case, the 10 to 15 soldiers she oversees at a time will eventually go into intelligence forces after the month they spend under her command. 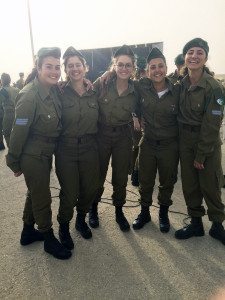 This first month is crucial as it gives the soldiers a sense of their place in the army, an introduction into a world completely different from that of high school. Haber, along with every other basic training commander, has a great influence on these teenagers’ lives.

“I get them as citizens and it’s my job to make them soldiers. We have a big touch on our soldiers’ lives. They come to us really malleable. It’s crazy the power and ability that comes with the position,” Haber said, contemplating her own place in the larger scheme of the army’s complexity. In fact, Haber has received letters from soldiers after they finished basic training telling her how much she’s changed the way they think. 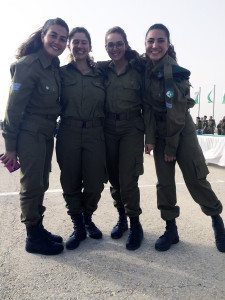 This influence means that Haber also has a lot of responsibilities, more than ever before, and more consequential than studying for a math test or attending a club meeting. Now, if Haber miscommunicates with a fellow commander, it could mean that one of her soldiers will miss seeing a doctor who only comes to the base once a week. Now, if she doesn’t wake up from her alarm, set between 4 and 5 a.m., she’ll throw off a schedule organized down to the minute. As a result, this 19-year-old commander has learned to put the needs of her soldiers before her own.

“When you’re dealing with people’s lives, you realize how other things that used to be so important just become smaller. You learn how to put everything into perspective,” Haber said. 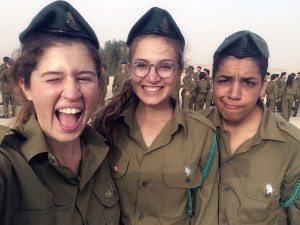 After finishing her military service in March 2017, Haber plans to spend the next eight months traveling before beginning university the following fall. Until then, she’ll enjoy her vacation back home in Great Neck and, when she returns to Israel, continue her position as commander,
teaching and learning from her soldiers every day.

“I’m taking these two years to work toward something greater than myself and am learning in a different way than I would in college.”