Update: Nassau County Police just announced that Yanyin Lin, who was reported missing on June 27, has been found. No further information is available.

Investigators reported that Lin was last seen leaving her Great Neck residence and is possibly headed for an unknown location in Brooklyn.

The teen is an Asian female, 5’3″ tall, 110 pounds and has black hair. Her clothing description is unknown.

On Feb. 14, Lin was reported missing for four days, having last been seen in Great Neck at her Chestnut Drive home on Friday, Feb. 10, at 10 a.m.

Detectives request anyone with information on Lin’s whereabouts to call the Missing Persons Squad at 516-573-7347 or 911. 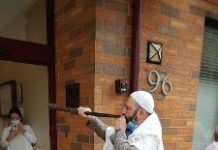