From Iran to Great Neck to the White House, Hooman “Mo” Tavakolian’s career in the sport of wrestling has been an incredible journey that will culminate in his induction into the National Wrestling Hall of Fame on April 28, 2017. Universally recognized as an integral force on the international wrestling scene, his global accomplishments—whether on behalf of seasoned Olympic wrestlers or young children experiencing the sport for the first time—serve as a worldwide commemoration to the sport. Wrestling federations throughout the world attest to Tavakolian’s impact in advancing the sport and enhancing opportunities for wrestling participants all over the globe.

Tavakolian came to the United States in 1986, and as a new immigrant from Iran living in Great Neck, began collecting equipment, specifically wrestling shoes, some of which he purchased, to redistribute to students in the community where he ran clinics for youngsters. By 1988, Tavakolian was coaching wrestling and offered free clinics at his community center, where he also raised money for youngsters to attend summer camp. He acted as a volunteer coach at private schools as well, actively teaching wrestling in gym classes and at recess, all while wrestling at South High School. In 1994, he earned the Student Scholar Athlete of the Year Award, an extraordinary accomplishment considering he didn’t know any English eight years earlier. 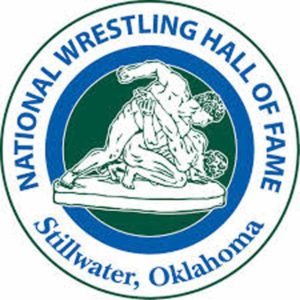 He began his collegiate wrestling career at Hofstra University under nationally acclaimed coach Tom Ryan. Eventually, as an undergraduate, he became the assistant coach under Ryan and volunteered to guide the freshman teams. After two years at Hofstra, he transferred to Hunter College. In 1996, Hooman started club wrestling at Hunter, where he was a volunteer and raised money to purchase gear for students participating at the club. He was the Metropolitan Conference runner-up in 1998 and was also a Trenton Open Champion. Tavakolian maintained his affiliation with Hunter College and served as the assistant wrestling coach from 2000 to 2003.

He continued to improve his wrestling skills at the New York Athletic Club, serving as vice president since 2010. His desire to compete culminated in back-to-back Veteran National Championships in 2009 and 2010. He also earned a spot on the USA veteran world team and competed in Hungary in 2012.

Beat the Streets Wrestling, Inc., recently elected Tavakolian to its board of trustees. He cofounded the Living Your Dream Scholarship Fund, which provides financial assistance to a college-bound Beat the Streets athlete. He is also a prolific fundraiser for Beat the Streets, helping to ensure that all have an opportunity to participate in the sport. 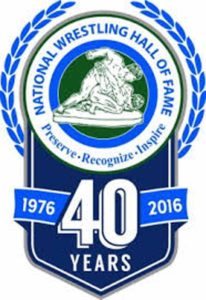 Tavakolian’s assistance is not limited to area youth. In order to better serve the disadvantaged wrestlers throughout the world, he founded a global outreach program that supplies wrestling shoes and gear to remote regions of the world such as Iran, Brazil, Bulgaria and Romania. His efforts have been at the forefront of wrestling. His relationship with Iran has been crucial in convincing the country to compete in the United States.

The most significant effort may have been the help he provided in bringing Iran to the Beat the Streets Gala event, Rumble on the Rails, in 2013. Olympic wrestling’s life was at stake that year and the ability to demonstrate a unity across nations was paramount in demonstrating to the International Olympic Committee (IOC) the importance of wrestling.

Perhaps the greatest honor bestowed upon Tavakolian was his invitation to the White House in April 2016, when he was named A Prominent Iranian-American Making a Difference. Tavakolian is certainly deserving of this highly exclusive honor, as well as the acclaim in being inducted into the National Wrestling Hall of Fame for his tireless efforts on behalf of the worldwide wrestling community.