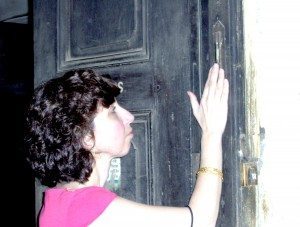 Yes, there is most definitely a Jewish community in India and former Great Neck resident Rahel Musleah will lead just such a tour this coming January. Rahel, who was born in Calcutta and today is an active member of Temple Israel of Great Neck, leads the tour of the Jewish communities in Bombay, Cochin, Calcutta and Delhi.
The trip also features India’s top attractions, including the Taj Mahal and Gandhi’s home, a backwater tour along Kerala’s canals, and an elephant ride in Rajasthan.
“India is in my blood,” Musleah explained to the Great Neck Record. “I was born in Calcutta, where the Jewish population has dwindled from 5,000 in the 1940s to 30 today and it’s really important to me to share our history, customs, traditions and music so they can be passed on.”
Musleah’s excitement flows as she describes how “Jewish travelers will enjoy an intimate and close-up view of the local Jewish communities as they visit the sites of shipwrecks and the palaces of maharajahs that are intertwined with Jewish history.” Sabbath in Bombay will feature services and a kosher Baghdadi-Indian feast at the distinctive, robin’s-egg-blue Knesseth Eliyahu Synagogue. In Calcutta, Musleah will lead a walking tour of the streets, bazaars and synagogues, as she shares her own memories. An Indian-Jewish chef will welcome guests for a meal in her home. In Delhi, Musleah will lead an optional Sabbath morning service “according to the tropes and traditions of the Baghdadi Jews of India.”
According to Musleah, the tour will introduce travelers to a rich tapestry of heritage and culture little-known to most. It offers an insider’s look at the Jews who came to India to escape Hellenism in the land of Israel and to flee the Inquisition in Spain and Portugal and who then created new lives under the British Raj on the heels of pogroms in Baghdad. For thousands of years, Jews in India enjoyed a rare and benevolent diaspora … and that experience continues for the population of 4,500 Jews throughout India today. 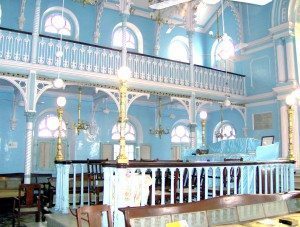 Other highlights include: Hindu and Jain temples; the Gateway to India and the David Sassoon Library; a ferry ride to the villages off the coast of Mumbai; the Chinese fishing nets and the burial place of Vasco de Gama, the Portuguese explorer who discovered India; Mother Teresa’s mission, and Fatehpur Sikri and the ghost city of palaces and Moghul architecture.
Musleah has been leading “virtual” trips to India for the past 20 years . An author, a nationally known speaker and a journalist, she is seventh generation of a Calcutta Jewish family that traces its roots to 17th-century Baghdad.
In this trip she is combining” the best of India’s magnificent and well-known sites with a Jewish angle.” She explained that “India is a place that opens hearts, minds and souls.”
Having led trips to India for so many years, she explained that this upcoming tour in January is not sponsored by any particular group, but is open to anyone who wants to participate.
Anyone wishing to participate may contact Musleah at: rahel.musleah@gmail.com, call 516 829-2358, and visit www.rahelsjewishindia.com.