One of the most highly watched Congressional races in the nation is for Representative Peter King’s old seat in the Second Congressional District. King was first elected to the House of Representatives back in 1992. It remained in Republican hands all the way through last year’s announcement that he was retiring from Congress after wrapping up his 14th term. This district stretches in the west from Levittown and winds east through North Wantagh, Seaford, South Farmingdale and Massapequa, right into a number of Suffolk County communities including Amityville, Copiague, Lindenhurst, Brentwood, Babylon, Oakdale and Ronkonkoma. Last week’s primaries yielded Republican and Democratic nominees that will be vying for King’s old seat.

In the Republican primary, Assemblyman Andrew Garbarino (R-Sayville) earned 56.92 percent of the vote in defeating fellow legislator Mike LiPetri (R-Massapequa), who pulled in 42.76 percent. On the Democratic slate, former Babylon Town Councilwoman and Copiague resident Jackie Gordon soundly beat 2014 King opponent Pat Maher, by a tally of 65.2 percent to 33.24 percent. All results were tabulated from 155 of 155 precincts of the Second Congressional District reporting according to the New York Board of Elections. 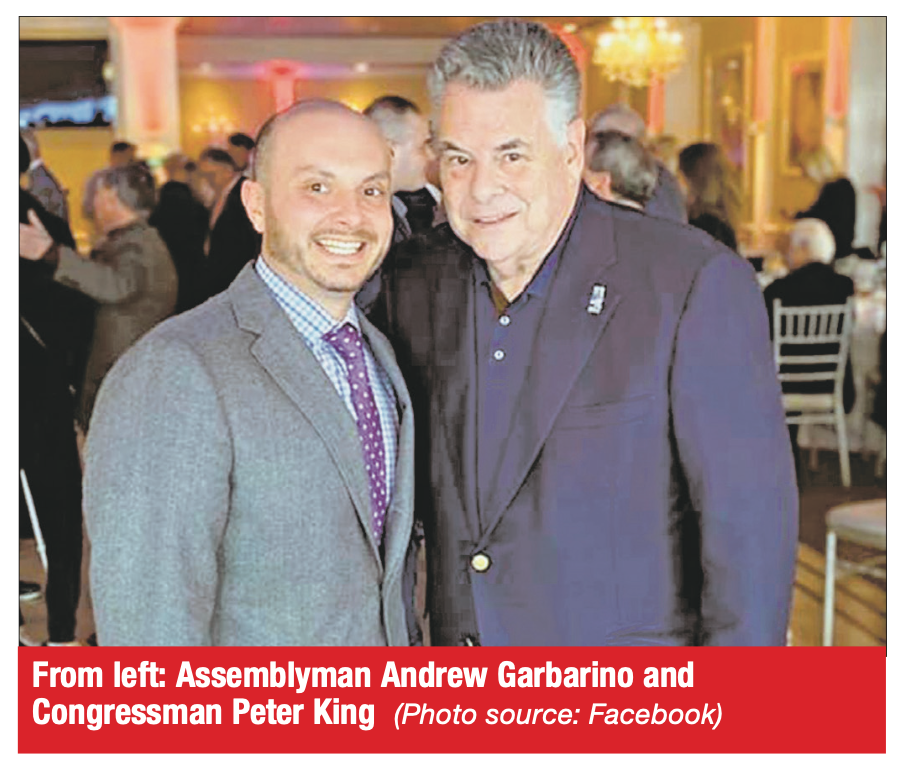 “We need Jackie’s voice in Congress,” Harris said in a statement. “As a combat veteran, immigrant, educator and public servant, Jackie understands the complexities of the issues facing working and middle class families today. Just as she has already served her country and her community, I know that Jackie will be a powerful advocate for Long Island in Congress, and I am proud to endorse her.”

Gordon was humbled by Harris’ vote of confidence.

“I’m honored to receive the endorsement of Senator Harris . . .,” she said. “We have built an incredible coalition of support here on the ground, from teachers, veterans, small business owners and community leaders who want to see real change in the Second District. It means so much to have Senator Harris lending her support to our movement.”

On the GOP side, Garbarino has been groomed to be King’s heir apparent starting with the incumbent himself. He was also endorsed by the Republican Main Street Partnership and the U.S. Chamber of Commerce, the first down-ticket candidate the organization is supporting.

“I am delighted to announce my support for Andrew Garbarino to represent the good people of Long Island,” King (R-Seaford) said in a statement. “These hard-working citizens need a strong advocate who will put their interests over politics and fight hard against the extreme progressive left policies of Congressional Democrats. That is what I have always done and I know Andrew will too.”

While Garbarino was measured in approaching whether to run or not, King’s endorsement did much to solidify the GOP nominee’s resolve.

“At the end of the day, if I wasn’t prepared and ready to do this job, there is no way in hell Congressman King would have been supporting me for this seat,” Garbarino said. “He is one of the most upstanding people. He doesn’t always toe the party line as you’ve seen. He does the right thing for Long Island. Sometimes when I question myself about whether I should do this and feel like I’m over my head, I think to myself if Congressman King is supporting me, I’m doing the right thing.”

With Garbarino and Gordon readying to face off in a few months, they are honing their message to voters regarding their bona fides. For Garbarino, a third-generation local businessman who works at his family law firm in downtown Sayville, it is his four terms that he’s served in the Assembly. 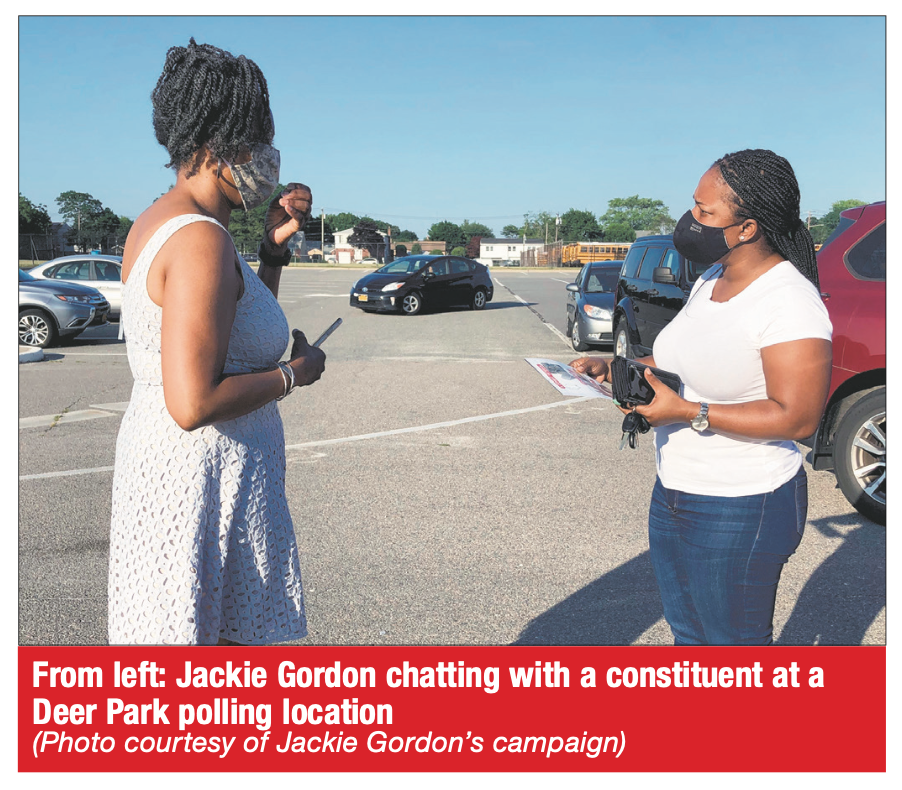 “My time as an assemblyman means knowing the issues,” he said. “In the legislature now, you need to be able to read legislation, how it affects people and thinking outside of the box. You have to think through hypotheticals. I was recently debating a bill and I came up with a situation on this bill we were passing for COVID-19 and the way it was written was not good. The sponsor said that we always come up with hypotheticals and that we shouldn’t be dealing in hypotheticals. But that’s exactly what we should be dealing with—whether or not something can happen because of this bill. It’s also about having the experience of not only working with your party, but across the aisle.”

Gordon served a 13-year stint from 2007-20 on the Babylon Town Council and was a former guidance counselor at Farmingdale’s Wilson Technological Center. But it was her time spent as a 29-year career veteran who served in the United States Army Reserve where she was part of the military police battalion and retired with the rank of Lieutenant Colonel that most shaped her leadership experiences.

“I’m telling you, if it wasn’t for the military, I don’t know what I would have done,” Gordon said. “In the military, we adapt and overcome—that’s what we do. Whatever we’re faced with, we have to learn how to deal with that situation. Everything I do in my life reverts back to my military training because it’s good. I use it for planning purposes, solving problems and tackling situations.”

Election Day is being held on Tuesday, Nov. 3. Visit www.usa.gov/register-to-vote if you are not a registered voter. The early voting period for the election will be from Oct. 24 through Nov. 1.