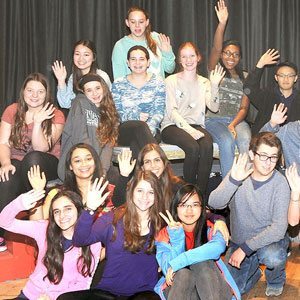 Achilles in Sparta tells the story of a nation marching towards inevitable conflict and the fall of a hero as the young men and women of ancient Sparta ready themselves for struggle after the abduction of Helen, the national figurehead of beauty and hope.

In The Mustache, mild-mannered Chancellor Phil Stevenson grows a moustache to improve his confidence and boost his public image. All goes well until the moustache begins talking to him and guides him to become a power-hungry fiend.

The Long Christmas Dinner is a comedy extending over nine decades, showcasing the lives of several generations of the Bayard family and some of their Christmas dinners.

For tickets, please contact Jonathan Gellert, drama teacher/director, at 441-4743 or at jgellert@greatneck.k12.ny.us.