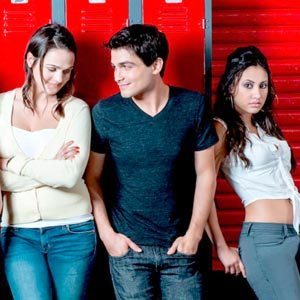 Great Neck South High School sisters, 17-year-old Lelina and 16-year-old Melora, are proud to present the film Strain at a screening/discussion at Landmark on Main Street in Port Washington on Wednesday evening, Jan. 8, at 7:30 p.m. The Chang sisters are associate producers of the film.

Strain is an anti-bullying short film and was the official selection of the 2013 Minnesota Speechless Film Festival and the 2013 Fort Myers Beach Film Festival.

A classroom toolkit for Strain was developed to go hand-in-hand with resources and lessons provided by PACER’s National Bullying Prevention Center.

Prio to the Coalition, the girls were invited to speak at the New York State Department of Education’s “Dignity for All Students Act” Workshop held at NYIT. The film had a huge impact on the teachers with some having emotional reactions.

Lelina and Melora’s crucial role in improving youth safety came about when the girls joined the producing team as associate producers of Strain. The silent short film was directed and written by their oldest sister, Yin Chang, and produced along with a group of filmmakers in Los Angeles; Deb Havener, Jason Berrent, Chadwick Armstrong and Lauren Brown.

In the film, childhood best friends hit emotional crossroads when only one is chosen to join the popular clique in high school. The friendship tries to survive, in secret. But on the night of the big Spring Formal, loyalties are tested, ties are severed and friendships end with devastating consequences.

The 11-minute film short is said to raise awareness of the dangers of bullying in addition to inspiring women and girls on Long Island to be leaders in their communities.

The sisters think this can be accomplished by spreading this message through our local, state, and international levels. The girls say: “Bystanders should stand up against bullying and if film can help save at least one person’s life it is worth the try!”

For an opportunity to view the short film with a community followed by a discussion with the director/writer Yin Chang and associate producers Melora Chang and Lelina Chang, reserve tickets by calling 516 767-6444 or emailing boxoffice@landmarkonmainstreet.org.