Online bullying is a growing menace in our society. Find out how to get help—and help others.

The Importance of Bystanders and Upstanders

The drive to be popular and accepted by peers is especially intense during the teenage years. Bullying proliferates in our middle schools and high schools, despite zero-tolerance policies, and our schools’ excellent guidance staff and administrators.

For teenagers, there is a currency in making fun of peers and joining others in targeting victims. Oftentimes, bystanders stay silent because they are relieved not to be the target themselves. They laugh along with the bully and “like” negative comments online. Rarely do bystanders stand up to the bullies.

To complicate matters, bullies themselves are filled with their own insecurities and mental-health challenges. Young people are all different from each other and, despite efforts to conform, it can be very hard to stand out because you look, dress or speak different from others. Often in adulthood, we finally learn to value our uniqueness and use our special traits to stand out.

“Bullying is people who feel worried about their own flame trying hard to blow out yours, people who feel threatened or scared by your light or color and brightness,” said Laura Bates, an expert who counsels teenagers.

The sad thing for victims is that bullies seem to have more people on their side. This is true both in the schoolyard and on social media. For victims, it can feel like there is no help in sight and no way out.

Increasingly, there is a recognition that teenagers must themselves act as “first responders” to look out for each other when it comes to bullying. The U.S. Department of Justice estimates that one in four students has been bullied and one third of those bullied are often afraid to go to school. Teenagers and adults can prevent bullying by supporting the victim, both in word and deed.

When it comes to mean comments online, upstanders can call out bad behavior. They can refuse to join in with the bully. Upstanders can “down vote” mean comments and memes. They can flag and report inappropriate comments. If victims stand together against bullies, they can change the culture online.

Being victimized by an online bully can be scary and upsetting, but know that you are not alone. The main thing is not to keep it a secret. Ask for help, whether it is from a friend, parent, teacher or authority. If the bullying is affecting your peace of mind, go offline and take a break.

The first step is to be aware of the existence of cyberbullying, whether it affects a child, friend, family member or coworker. If you see signs of inappropriate online activity affecting someone you know, don’t be a silent bystander. The graphic chart by the Anti-Defamation League is one of the best sources on this
issue, and it is worth reading and sharing
at www.adl.org/assets/pdf/education-outreach/bullying-cyberbullying-statistics-overview-one-sheet.pdf.

Bullying in school and on social media is an issue of paramount concern to local parents and educators. This past spring, the United Parent-Teacher Council (UPTC) held a parents’ meeting at Great Neck House, which was attended by a large group of parents from both North and South schools in the district. Both high school principals were also in attendance.

The number-one topic of discussion was bullying and the need for an effective response to combat it at home, in school and throughout our entire community. Many parents spoke up about incidents that affected their own children, including racial slurs and derogatory comments. Suggestions were made about how to address the issue in the classroom, starting in elementary school. The consensus of the group was that parents, educators and community and religious leaders must do more to build bridges and tolerance between the many groups that make up the peninsula.

In response to the concerns raised, Great Neck’s UPTC and Sephardic Heritage Alliance Inc. (SHAI) hosted an educational forum entitled, Sticks and Stones, to raise awareness regarding tolerance, civility and bullying in the community. The program was open to the public and held at the Main Library. The expert panel was moderated by Pargol Khadavi of SHAI. 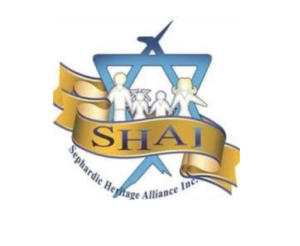 Founded in 1992, SHAI supports the Persian-Jewish community and preserves its cultural and religious heritage while embracing assimilation. Now in its 26th year, SHAI partners with local schools, synagogues, libraries, the Great Neck Park District and the Town of North Hempstead to educate and support the community at large. In fact, it is the largest nonprofit sponsor of the Great Neck Social Center, has awarded more than $2 million in need-based scholarships and recognizes academic excellence at its awards gala. The organization offers programs for the community’s youth, young families, singles and seniors, as well as a day camp and teen leadership program. Learn more at www.shaiusa.org.

Bullying can also lead to suicide when the victim doesn’t see any other way out. Statistics show that suicide is dramatically on the rise throughout our country. Overall, among all age groups, in every state, there has been a 30 percent increase since the year 2000.

Some of the most painful and destructive forces in a family are mental-health challenges, drug addiction, overdose and suicide. Stigma and shame add to the suffering of individuals and their families. In addition to SHAI, other Great Neck community organizations have stepped forward to address mental-health challenges and the toll it takes on individuals and families. 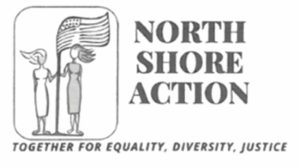 On Nov. 14, at 7 p.m., North Shore Action will present Suicide Town Hall: Hope and Healing in the Main Library community room. The free community-wide program will offer critical adult suicide-prevention information, tips and resources. The panel will include experts from the National Alliance on Mental Illness (NAMI) and Long Island Crisis Center, as well as Dr. Shiphra Bakhshi and other crisis-response speakers. On behalf of North Shore Action, I will moderate the discussion and the following audience question-and-answer session.

Last November, in coordination with UPTC, North Shore Action moderated the Not My Child forum to spread awareness regarding the opioid crisis. A series of articles about that forum was published in the Great Neck Record. View the presentation at www.youtube.com/watch?v=qzoBV49c4TY&feature=youtu.be, and read the previous series here and Part 1 of this article here.

Jacqueline Harounian, esq., is a regular contributor to the Great Neck Record. She is a partner at Wisselman & Associates, in Great Neck, where her practice areas include family law and divorce, victim’s rights, sexual harassment and cyberbullying.