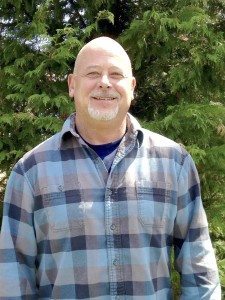 Paul E. Ziring has served in many roles since he began teaching in Great Neck in 1992 and his selection by the Fireman’s Association of the State of New York as “Teacher of the Year” is the latest in a long line of satisfying moments for the school district’s special education outdoor education program coordinator.

Ziring, who lives in Mineola, was nominated by the Nassau County Firefighters Museum & Education Center in Garden City and is just the 11th recipient of the award given by the 92,000-member state organization that was founded in 1872.

“I didn’t even know I was nominated,” said Ziring. “I’m honored and humbled by it.”

“I love what I do,” he volunteered. “I can’t put it any other way. I love looking at what the kids need and the experiences that they need and what they don’t always necessarily get or get the opportunity to have. If I can provide a new experience, a learning experience (fire safety) that can save their lives, that’s great,” Ziring added. He especially enjoys staying in touch with many of his former students, one of whom is a New York City firefighter.

Referring to his state award, presented last week in a ceremony at the Firefighters’ Museum, Ziring added, “Bottom line is, all I really intended to do was take a fantastic program that they’re already doing and modify it so that my students know how to keep themselves and their families safe.”

Ziring first began working in Great Neck as a health education teacher after obtaining degrees in psychology, education and administration. He actually started the district’s girls soccer program in 1992 and coached the South Middle girls volleyball team for 13 years. He’s been running the outdoor education program for about 10 years but his work involves a large number of activities that take place indoors, too.

Looking for ways to expand opportunities for his students when the weather wasn’t so cooperative actually led him to his association with fire safety education. “In the winter months we do a lot of museum stuff,” he explained. “I started going to the Cradle of Aviation in Garden City and I looked in there and saw the Firefighters Museum and I was impressed. I brought the kids in there and found that the people at the museum are the most amazing human beings,“ he continued. “They were just taken with our kids. They were so good with the kids.”

Ziring started working with the museum to modify and customize the programs. “They told me that they wanted to form a partnership with the Great Neck School District,” he recalled. “They asked me to create and modify the curriculum to meet the needs of our students.” Great Neck officials quickly agreed to the partnership.

Fire safety educational trips for the 17 groups of youngsters he works with only account for a small portion of the 150 or so trips he arranges yearly for the district’s special needs students. Ziering says that he draws from among 50 or so programs in the metropolitan area including indoor rock climbing, archery, camping, fishing and having the students work with dogs and horses. In fact, district students have started working with DogAbility in Hicksville. “It’s about working and connecting with dogs and their handlers,” Ziring explained. “Most of the dogs are therapy and service dogs.”

In her letter to the state association she wrote, “Paul created, honed, retooled and virtually perfected the fire safety curriculum to provide students with the training to stay safe in the event of a home or other fire.”