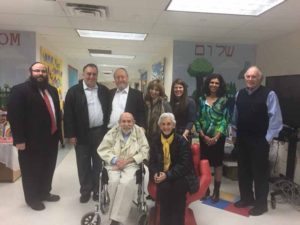 Stanley Oscar Silverstein, founder of Nina Footwear and the Silverstein Hebrew Academy, died on Oct. 20, 2016. Born Dec. 24, 1924, in Vilna, which is now Lithuania, Silverstein emigrated to Havana with his parents, Max and Sonia, a few years later. His father operated a shoe factory in Cuba, so he and his brothers grew up around the trade.

After graduating from high school in Havana and attending the University of Havana, Silverstein served in the United States Army during World War II. He lived in New York after the war and worked as a diamond cutter and accessory manufacturer before turning to the shoe business. He founded Nina Footwear, named after his daughter, Nina Miner, with his brother Mike in 1953. The company became a force in the international women’s footwear industry, having sold more than 250 million shoes in more than 20 countries.

In 1962, Silverstein made a ballerina flat from what he described as “leftover scraps of leather,” which became a huge bestseller that resulted in Silverstein receiving an American Shoe Designer Award from the Leather Industries of America in 1963. He also designed two styles that sold more than a million pairs during the 1980s—a clog with a wooden base and a Nina nameplate nailed into the side, and a kidskin flat. The company is still privately held and many Silverstein family members fill executive roles. 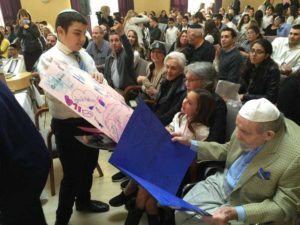 In 1998, Silverstein helped create the Silverstein Hebrew Academy. After recognizing the role of education in building a viable Jewish future, Silverstein and his wife, Raine, led the campaign to build a Hebrew academy in Great Neck that would include the best of general and Judaic studies.