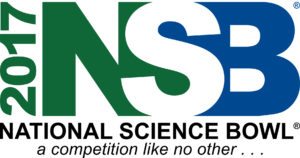 A team of students from Great Neck South High School won the regional competition for the 2017 National Science Bowl (NSB) and will advance to compete in the NSB National Finals this spring in Washington, DC, according to the U.S. Department of Energy (DOE).

“The National Science Bowl continues to be one of the premier academic competitions across the country and prepares America’s students for future successes in some of the world’s fastest growing fields in science, technology and engineering,” said Dr. J. Stephen Binkley, acting director of the department’s Office of Science, which sponsors the 27-year-old nationwide competition. “Each year the DOE Office of Science provides this unique opportunity, and I am honored to congratulate all the competitors who are advancing to the national finals, where they will continue to showcase their talents as top students in math and science.”

The NSB brings together thousands of middle- and high-school students from across the country to compete in a fast-paced question-and-answer format where they solve technical problems and answer questions on a range of science disciplines including biology, chemistry, Earth and space science, physics and math.

The top 16 high-school teams and the top 16 middle-school teams in the National Finals will win $1,000 for their schools’ science departments. Prizes for the top two high-school teams for the 2017 NSB have not yet been announced. Last year’s winning high-school team received a nine-day, all-expense-paid science trip to Alaska, where the students learned more about glaciology, marine and avian biology, geology and plate tectonics. The 2016 second-place team won a five-day, fully guided adventure tour of several national parks, which included a whitewater rafting trip.

One of the nation’s largest science competitions, approximately 265,000 students have participated in the National Science Bowl during the past 26 years. Each year, more than 14,000 students compete in the NSB. The NSB Finals competition is managed by the DOE’s Office of Science. For more information, visit www.science.energy.gov/wdts/nsb.