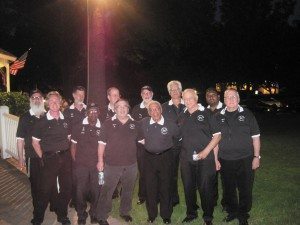 The Village of Great Neck Plaza presents the Something Special Big Band, featuring Phil Costa, performing this Tuesday, July 14, at Firefighters’ Park, at 8 p.m. Always one of the most popular shows of the Plaza’s annual summer concert series, the band will be returning to Firefighters’ Park with a playlist that is sure to delight concert-goers.

Phil Costa’s Something Special Band has performed together for many years and are featured in several major music and jazz festivals throughout the tri-state area. All members of this 16-piece orchestra and vocalists are professional musicians, and many have actually played with greats like Benny Goodman, Harry James, Lionel Hampton, Count Basie and Woody Herman. To date, the band has produced six music records, earning praise from numerous musical pundits along the way.

In the case of inclement weather, the concert performance will be moved to the Great Neck Social Center (80 Grace Ave.). Check with village staff at Village Hall on the day of the concert, or call voicemail after 5 p.m. at 516-482-4500. There will be a recorded message if the day’s scheduled concert has been moved from Firefighters’ Park to the Social Center. The village will also post an announcement on the village website, www.greatneckplaza.net, if the concert is moved indoors.