Collegiate sports teams are required by the NCAA to complete 20 hours of community service each semester, but this particular initiative was a separate endeavor. “I just felt like I had a great group of friends who were all capable of giving back, so I wanted to organize something effective that also had a little bit of longevity,” said Billington.

In the past, the men’s soccer team has completed community service events, such as working with a special-needs soccer team, spending a day playing sports at a live-in facility for troubled children, volunteering at a charity triathlon and going for a dip at the annual Jones Beach Polar Bear Plunge. “I was skeptical about proposing the idea to the team since we have already completed our community service for the semester, but knowing the personalities on the team, I decided to go with it and the feedback was really positive,” said Billington.

The soccer team members decided to buy 20 new winter jackets from a local thrift store. “I managed to collect $440 in a day just by asking my teammates for $10 or $20. Then, we went to the thrift store, only to find out there was 50 percent off everything. [The discount] enabled us to have money left over to buy all the hats, scarves and gloves, too, so we got really lucky,” said Billington.

“It was great to see the reactions when we were giving out the jackets. Many of the people said anything to keep them warm was a big help,” said Per Forgaard, a graduate business student.

There are many initiatives to assist the homeless in their daily struggle to survive during the winter months and throughout the year, including food programs. NYDailyNews.com reported that there are “1.4 million people, who now rely on a patchwork network of 1,000 emergency food programs across the city to eat.”

“In Iceland, we really don’t have many homeless people,” said LIU Post senior international business administration major Johan Kristjansson. “You almost never see them, so sometimes it is frustrating to see so many people in need of help. I’m glad I could be part of something that could help give back.” The international student joined his teammates on their trip to the city.

Despite the large patchwork of programs already in place to aid the homeless, Billington said that he still felt that #WarmerWinter was an important initiative, which would lessen the struggle of the homeless to stay warm, especially during the frigid winter months.

“My teammates and I often talk about how freaking cold a New York winter is, but we barely have to spend time outside, maybe a couple of hours for practice each day,” Billington said. “But when I walk past homeless people in the city, I just think about how cold they must be, how long they have been outside and how long it will be before they get some warmth.”

“I think sometimes people don’t donate to certain charities because they can’t find the money and they feel like their donation is meaningless. The good thing about small, community-based initiatives is that people feel involved, and they know and feel like they are helping, not to mention the positive effects it can have on our dwindling notions of empathy and sympathy,” Billington added.

This article was originally published in the Pioneer, the award-winning student newspaper of LIU Post, www.liupostpioneer.com, and is republished here by Anton Media Group with the permission of the Pioneer. 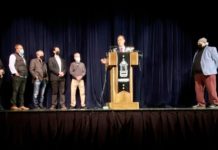 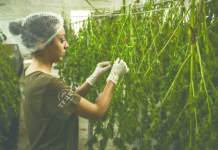 One Toke Over The State Line