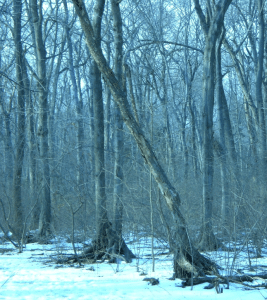 I’m a Great Neck resident in the Great Neck Park District. I wish to point out an urgent need for added signs in Kings Point Park. I was there cross-country skiing after Winter Storm Jonas, and each day I encountered people lost on the trails within the park, looking for the sled hill.

On Sunday, Jan. 24, at around 3 p.m. there were a half dozen or so young men from the Academy who said they’d been wandering through the park for two hours trying to find the sled hill. They were so happy to finally get close enough to hear the joyful voices of the sledders, but they looked exhausted, too. Most of them were carrying trays, which I assume they were going to use for sleds.

I also encountered several other people in the Redbrook Road parking lot who were looking for the sled hill. One was a neighbor of mine who’d dropped his wife and their young son at the top of the sled hill, went to the parking lot and then wasn’t sure how to find his way to the hill from there. There was also a family of three, including a young child, who was asking around for someone who could tell them how to get to the sled hill.

While skiing from the Redbrook Road parking lot and through the park, intending to go all the way around and past the sled hill back to the parking lot, I came across a young couple who asked me if I knew where the sled hill was. They’d parked near the tennis courts and then, having never been in the park before and carrying a sled and a shovel (to ride on?), had gotten lost. I pointed out the way and then skied behind them as they trudged for about 15 minutes before we came to the hill. Along the way, the young woman had to stop, complaining that her feet were getting numb. Her companion helped her get snow out of her boots and relaced them so that she could continue. I’ve walked and skied in the park many times and I don’t know any short ways to get from where they were to the sled hill.

I was able to point out the trail all these people needed to take and to guide them there, but there must have been others who I didn’t encounter who had the same problem. I really think the Park District needs to take action to see that there are signs both within the park and at the parking lots, particularly in the Redbrook Road lot, indicating the trail to the sled hill. There are so many signs indicating which trails are and are not for dogs and which way leads to Steamboat Road and which to Redbrook Road, but not one showing the way to the sled hill.

And while I’m at it, can I suggest we have some arrangement with the Merchant Marine Academy whereby the cadets can borrow sleds when there’s a big snow in their college town?