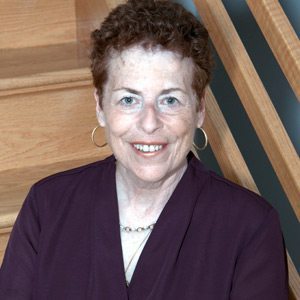 It’s hard to tell which Martha Gorfein prefers to photograph more when you ask her, people who attend the monthly Great Neck Chamber of Commerce networking event or the pets whose owners request her talents as part of her GEORGIEgirl pet services business.

Both are obvious labors of love. Her Great Neck assignment is something she has been doing voluntarily for almost two years, but on the business side, she’s been developing her pet photography talents for a much longer time as part of Martha Gorfein PhotoConcepts.

Gorfein, who taught in the South Bronx for 36 years before retiring several years ago, is a familiar presence at the early evening Chamber get-together held at a different Great Neck restaurant each month.

“It’s a nice group of people,” Gorfein said, after photographing the meeting at Morton’s on Northern Boulevard last week. “I enjoy it. The people there are very connected to each other. They seem to enjoy being with each other. It makes it fun to photograph. It’s really nice when you know you have people who want to have their pictures taken.”

Gorfein gives her pictures to the Chamber’s Sue Glenn who then posts them on the organization’s website (www.greatneckchamber.org) and also publishes them in the Chamber’s newsletter. “I met Sue several years ago at an Independent Business Women’s Circle event and she told me about the regular networking event,” recalled Gorfein. “So I just go in with my camera and take pictures of people hanging out and talking.” Gorfein accepts no payment, except a Chamber membership.

Her photography career began as an offshoot of her teaching job. “I did some photography for the school district and also did a slide show of the graduating class for graduation ceremonies each year,” the Williston Park resident said. “I also did some volunteer work in the Bronx photographing events for some non profit groups. I originally wanted to join the Peace Corps but my parents had objections back then. So I went to the South Bronx instead.”

After being a Bronx resident most of her life, Gorfein moved to a small cape in Williston Park in 1993. When she retired from teaching she decided to start her own photography company and, at the same time, rebuild her house. “That took me five years,” she said of the construction. “I rebuilt it as sort of a contemporary house with very few walls. I call it ‘a Manhattan loft in Williston Park.’”

Her love of pets led her to another volunteer role when Hurricane Sandy hit. Working for the temporary animal shelter in Uniondale she helped reduce the number of homeless dogs and cats from 500 to about 50 by the time the shelter closed in March of 2013.

“At first I was helping by cutting up material for bedding but at the end I was photographing the pets that were left for the shelter’s posters and flyers so that they’d be adopted,” explained Gorfein.

“I love photographing pets,” she said. “If I walk down the street and see a dog, it automatically makes me smile. They’re just so loving. I’m a dog person. But it’s not that I dislike cats. I just don’t enjoy them as much as I do dogs.” She does specialize in photographing both and owns an adopted yellow lab mix (Hannah) that was about to be euthanized seven years ago. She says that she’d love to adopt more but Hannah doesn’t get along well with other dogs.

Gorfein has advice for those who attempt to photo their own pets. “You have to have a lot of patience,” she emphasizes. “You have to be very quick. You have to know when to press that shutter. Dogs usually get very excited. The best way is to make sure that the dog is tired. Give it a good walk before it’s photographed.”