The Great Neck Library Board of Trustees held a meeting to review and discuss the second draft of the Proposed 2019–20 Library Budget at the Parkville Branch on Thursday, March 28.

Budget proposal items included the operating budget proposal, personnel details, payroll tax, employee benefits, retiree expense details and other supplemental schedules. The budget was presented as an update from the first workshop, which was held at the Station Branch on Tuesday, March 12. The draft is a rollover budget that requires no tax increase for the coming year.

The meeting was called into session by President Rebecca Miller. Business Director Steven Kashkin presented the proposed budget and the changes made since the previous meeting. 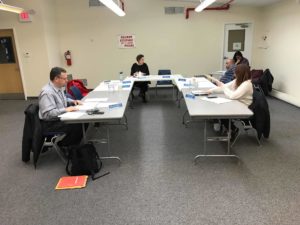 A copy of the personnel budget was included at this meeting at the request of former trustee Marietta DiCamillo. This list notes all current positions at the Great Neck Library, including open positions that have not been filled.

DiCamillo thanked the board for the transparency this document provided. Personnel costs account for roughly 70 percent of the budget. It was recommended that these unfilled positions remain on the budget with a proposed start date. If the positions are not filled, it was suggested that they be removed from the budget within a year.

The largest unfilled position on the list is that of library director. It was discussed that a recruiter be used to fill this position.

Since the last meeting, the budget was revised to include an additional $3,000 in proposed operating revenue. Another $4,000 was added to adult programming, as the public expressed interest in increased programming during the prior meeting. Additional funds were also allocated for trustee development. 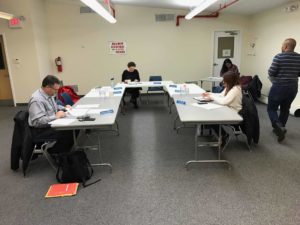 Some examples of community/outreach programs provided at no cost include weekly Scrabble games at the Station Branch, weekly chess matches at the Main Library, local tutoring events and AARP tax assistance, among many other popular events. Some of the well-attended revenue programs include yoga, tai chi, Socrates Salon, author talks and writing workshops.

Read about the next meeting regarding the Library Budget Hearing and Adoption, scheduled for Tuesday, April 2, in an upcoming issue.