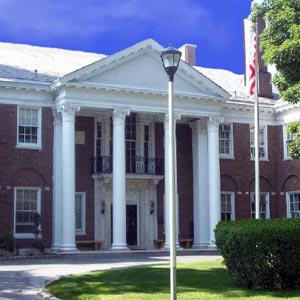 Opening the budget hearing, Board of Education President Barbara Berkowitz reported that the school board was able to lower the tax rate and restore some previously planned cuts. News funds came from the court ruling in favor of school districts regarding tax certioraris. Superintendent of Schools Thomas Dolan spoke of this “very difficult year” and was delighted to announce that these funds also helped restore positions for teaching assistants and para-professionals, as well as maintain middle and high school intramural sports.

And even though the governor’s office gives little information, it is anticipated that local property owners will receive tax rebates.

Very importantly to the school district, this upcoming budget maintains elementary school class size. And although the district’s classes rarely reach the highest number permitted, classes in Kindergarten are capped at 19, 22 children for first and second grades; and 24 students in each third, fourth and fifth grade class. Next year the average elementary school class will be 20.2 students. “This is among the lowest in Nassau County,” Dolan said.

As for planning for the future, the school board has a six-year plan … usually a five-year plan, but with debt (for capital projects) paid off by the 2019-2020 school year, the district must now plan for future maintenance projects. John Powell, assistant superintendent for business, noted that they must plan for future contingencies. “We watch what’s happening,” said Board Vice President Lawrence Gross, while fellow trustee Donald Ashkenase spoke of the board handling finances “very conservative … in this challenging environment.”

And while other districts find it important to have older teachers retire, replaced by new, lower salaried teachers, Berkowitz emphasized that Great Neck values its exerienced teachers. However, retirement incentives have been offered in the past and will be offered again next year. “We want to maintain our educational program, but we must also be frugal,” Gross added. “We have to be prepared for the future … putting ourselves in the best possible position … there’s a balance.”

And while Dolan and the school board members all acknowledged “these challenging times,” Ashkenase stated that with the regular fund balance increases, the challenges are “manageable.”

Budget revenue percentages are as follows: 92.40 percent raised by property tax; 3.24 percent from state aid; 1.27 percent from appropriated reserves; and 3.09 percent labeld “miscellaneous.”
Voting on the school budget is Tuesday, May 20, 7 a.m. to 10 p.m., at the E.M. Baker School and at South High School.