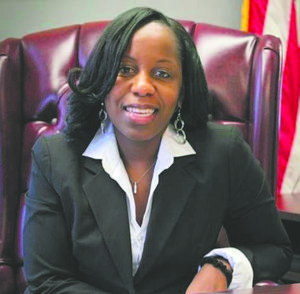 Town of North Hempstead councilmember Viviana Russell will be the Democrat nominee for town clerk that was opened up after current clerk, Wayne Wink, decided to run for town supervisor. Russell has moved her way up through the town, notably working in the town’s 311 call center for three years before becoming councilmember for the last 12 years.

“I love public service and I think running for the town clerk position gives me a broader view of public service,” Russell said. “It’s public service in a different way, it’s more of administrative role. I think my experience working in the town and knowing the intricacies of the town would be beneficial.”

Town clerk is not the first job Russell was looking to run for, she originally was looking at a potential run for supervisor. However, party primaries in local government are seen as a waste of money and resources that could be used during a general election.

“I’m a team player, I’m a member of the democratic party,” Russell said. “I know this is a position that Wayne has been aspiring to. While I love the policy making aspect of the work, the clerk’s office challenges me in a different way. I think Wayne will make a fantastic supervisor; he has great experience in government.”

“I am proud to endorse Viviana Russell,” Wink said. “She has been an exceptionally able and effective colleague, and I know she will be a great town clerk. As the leader of this year’s North Hempstead Democratic team, I look forward to running with her.”

Russell has also been a realtor for the last 15 years and has done a plethora of work outside of her responsibilities as town councilwoman in her community of New Cassel. She is a member or affiliated with the NAACP, First Baptist Cathedral of Westbury, SUNY Old Westbury Foundation trustee, Espoir Youth Program, nonprofit Unity Circle Million Women Movement, Westbury Community-wide Partnership and on the town’s Project Independence Advisory Council.

Russell would be the first African-American town-wide elected official if she wins the race for town clerk. The clerk plays a much different role in the town than her current occupation, including not having a vote on the board and handling more of the town’s every day administrative functions.

“I would continue working with the councilmembers, supervisor and the various departments to ensure that we are looking at the best technology that is out there to make sure that we are staying connected so that we can be efficient,” Russell said. “There’s always room for improvement and so any way that we can be more efficient for our residents.”

Russell’s father emigrated form Cuba in the 1950s and married her mother, a native of South Carolina. Russell has been married to Gary Russell Sr. for 27 years, they have three kids and two twin grandchildren. Her potential role as town clerk would see her being involved more imminently with families across North Hempstead.

“You think about the three biggest things in your life when you’re born, when you get married and when you die, all of those aspects of your life are encompassed in the clerk’s office.”