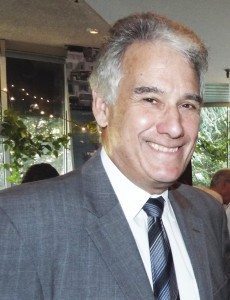 Russell Gardens Mayor Steve Kirschner, who’s served his village in various capacities for more than 35 years, admits that next month’s Board of Trustees meeting is a little more unusual than most—and he’s letting residents know about it well in advance.

In an email and letter sent out early last week, Kirschner said that the Sept. 3 meeting would feature a discussion about installing video surveillance in the small, incorporated village that has 248 private homes and four apartment buildings.

He also wrote that the agenda would include a discussion about the possibility of changing trustee terms of office (including the deputy mayor) from the current two years to four years. No discussion is contemplated about the mayor’s term.

Kirschner was reelected to a second consecutive two-year term this past March. He previously served three consecutive mayoral terms until voluntarily stepping down in 2009.

The mayor predicted that the topic of installing video cameras in key areas could meet with controversy.

“There have been a number of residents who have spoken to the trustees about what they believe is suspicious activity, even criminal activity, occurring within the village. So, they would like cameras,” Kirschner explained in an interview.

“Obviously, there are some people who may have concerns about security cameras,” he added. “They may feel that, basically, ‘I don’t want the village to know every time I walk in a particular area and when I walk and who I walk with.’ They may feel that this is just another step toward Big Brother.

“The city has surveillance cameras all over the place,” he pointed out. “But that doesn’t necessarily mean that people want them within the village.”

Unlike much larger incorporated villages like Kings Point, Kensington, Lake Success and Great Neck Estates, Kirschner’s village does not have its own police force. Instead, it depends on response and enforcement from Nassau County to patrol its 2.4 miles of streets and additional parkland and tennis courts. Over the years, residents have contemplated the possibility of establishing their own force, but the costs have always been seen as prohibitive.

The village pool, which sits in the middle of the park, is owned privately by the village’s homeowners’ association, but has been plagued by trespassers and vandals recently. A video surveillance system was installed there several weeks ago.

“I think that it’s important to get some feedback,” Kirschner said about the possibility of cameras in key village areas and in the park. “This is a quality-of-life issue and, while in one respect, we think monitoring what’s going on in the village conceivably could make the village safer, you give up certain privacy rights regarding where you go and where you walk around.

“For people who don’t really understand what’s going on, we can answer questions [at the meeting] that they might have so that they can form an opinion as to whether or not they’re in favor or opposed to it.

“It’s unique in that we’ve never done anything like this,” the mayor said of the issue, “and certainly I don’t think this is something that we should just do and let it fly under the radar.

“I felt that because it was so out of the ordinary, as far as the routine running of the village, that I wanted to give the residents of the village a heads up so that they could say either that it was a great idea or they had concerns about it or they thought it was a terrible idea.”

As for the lengthening of the terms of office for trustees, Kirschner said that any vote on the issue wouldn’t be taken until October. For the two seats that would be up for election next March, a proposal could be adopted to make those new terms last for four years. The other two seats don’t come up for re-election until March 2017.