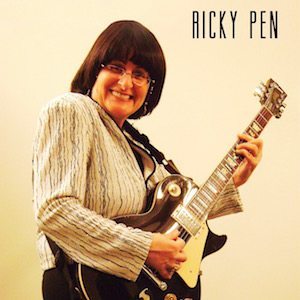 Much to the delight of the Village’s Summer Concert Series concert­goers, the Village of Great Neck Plaza announced that the popular Ricky Pen will be performing this upcoming Tuesday, August 18th, at 8 p.m., at Firefighters’ Park. A fan-favorite, Pen’s “Mediterranean Summer Night,” will be one of her usual unforgettable trademark concerts, wowing those in attendance with a diverse set list that will be sure to have the audience dancing all along the greens of Firefighters’ Park.

A Ricky Pen fan herself, Mayor Jean Celender stated, “Ricky Pen’s infectious personality beams through the microphone, making it irresistible for concertgoers not to have a good time or dance with fellow attendees.

“We would like to thank the concert’s sponsor, Assemblywoman Michelle Schimel,” she continued.

“We thank Assemblywoman Schimel for all her hard work on important issues affecting her district and the state,” Celender added.

Capable of singing in 16 different languages, Pen sings as many different genres of music as languages she sings: Broadway tunes, pop, rock, Israeli/Hassidic, cantorial, international and many more genres from around the world. Containing a voice rich in color and a vocal range of three-and-a-half octaves, Pen also plays a handful of instruments: piano, guitar, banjo, bouzouki, harmonica and drums, just to name a few. In 1994, Pen had the honor of performing at the White House, receiving a certificate of appreciation from then President Clinton.

In the case of inclement weather, the concert performance will be moved to the Great Neck Social Center (80 Grace Ave.). Check with staff at village hall on the day of the concert, or call their voicemail after 5 p.m. at 516-482-4500. There will be a recorded message if the day’s scheduled concert has been moved from Firefighters’ Park to the social center, and they will post an announcement on their website, www.greatneck
plaza.net.