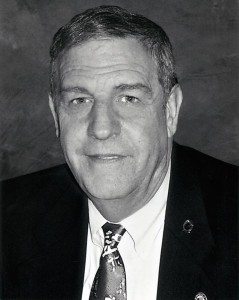 Deem, who had lived with his wife, Karyn Phillips, on Arrandale Avenue since 1984, was buried in Greenfield Cemetery in Uniondale on Saturday after an evening service at the Fairchild Funeral Home on Friday. Deem and Phillips, a chiropractor, have a seven-year-old son, Richard. Deem is also survived by a son from a previous marriage.

“The mayor and the trustees of the Village of Great Neck extend condolences to the family of our late Mayor Richard Deem,” said present Mayor Ralph Kreitzman. “A moment of silence was held at the last board meeting and will be observed at the next board meeting. Additionally, all village flags are flying at half-staff.”

Kreitzman served as deputy mayor during Deem’s term and succeeded him in office.

A nuclear engineer, who worked at Brookhaven National Laboratory, Deem was a specialist in civil and mechanical engineering and in water treatment. He had a keen interest in restoring antique autos and was also proud of his ability to make improvements on his home by himself. “He liked tinkering with his classic cars,” his wife recalled.

Family friends Bob and Dianne Bloomfield said of Deems, “He was a wonderful man and always ready to help people with their problems.”

Deems was an ardent supporter of Great Neck’s volunteer firefighters and EMTs. Phillips often volunteers her time to the Vigilant Fire Department. During his term as mayor he fought hard, but unsuccessfully, to have housing built that would provide lost cost units to local emergency workers and their families. “Richard and his wife have always been great supporters of the department,” said Ken Bleck, president of Vigilant.

At the time, Deems said in a March 2006 article in The New York Times, ”Costs of living on the Island are rising steeply and if we want to keep a volunteer firefighting force in our community, we need to help them afford to live here.”

The Vigilant Department posted this statement on its website and Twitter: “We honor the memory of former Village of Great Neck Mayor Richard Deem, who was called today to his eternal home. Your service to our community and our country was exemplary.”

Adding a comment to the Vigilant posting, Ken Sullivan said, “I had the pleasure to work and travel with Rich for several years. He was both a mentor and friend.”