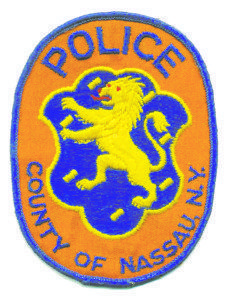 A Care2 petition with more than 1,600 signatures is demanding Nassau County officials make the Sixth Precinct fully operational and fully staffed after merging the Sixth and Third precincts. Residents claim the move did not save the county money, but reduced necessary services.

Merging Nassau County’s Sixth Precinct with its Third Precinct was proposed as a way to cut costs, and the county’s residents were promised that they would not see any reduction in services. Four years later, the county budget has shown no savings as a result of the merger. Nassau County residents living in the Sixth Precinct pay full taxes and feel that they deserve to have a fully operational police precinct.

“Residents are told that ‘major crime is down’ but that is only one measure of how well the police department is doing,” Sue Auriemma, secretary of the Council of Greater Manhasset Civic Associations, Inc., told Care2. “Earlier this year, residential burglaries were up. Quality-of-life issues are not being addressed to the satisfaction of residents. Traffic enforcement appears to be down.”

As a result of the merger, the Sixth Precinct lost a commanding officer, an administrative sergeant and nine officers. All of the precinct’s detectives were relocated to the Third Precinct.

“The bottom line is the merging of the eight precincts in Nassau County into four was touted as a major cost-savings effort. Four years later, the cost savings have not been demonstrated,” Auriemma said. “The last of the four mergers was abandoned, and one of the new ‘super precincts’ was returned to its original status as two precincts. The plan was not a success, and steps to return to the original eight-precinct format must be taken.”

Care2, www.Care2.com, is a community of 34 million standing together for good. People are making world-changing impact with Care2, starting petitions and supporting each other’s campaigns to help individuals, animals and the environment. A pioneer of online advocacy since 1998, Care2 is a B Corporation, or social enterprise, using the power of business as a force for good.