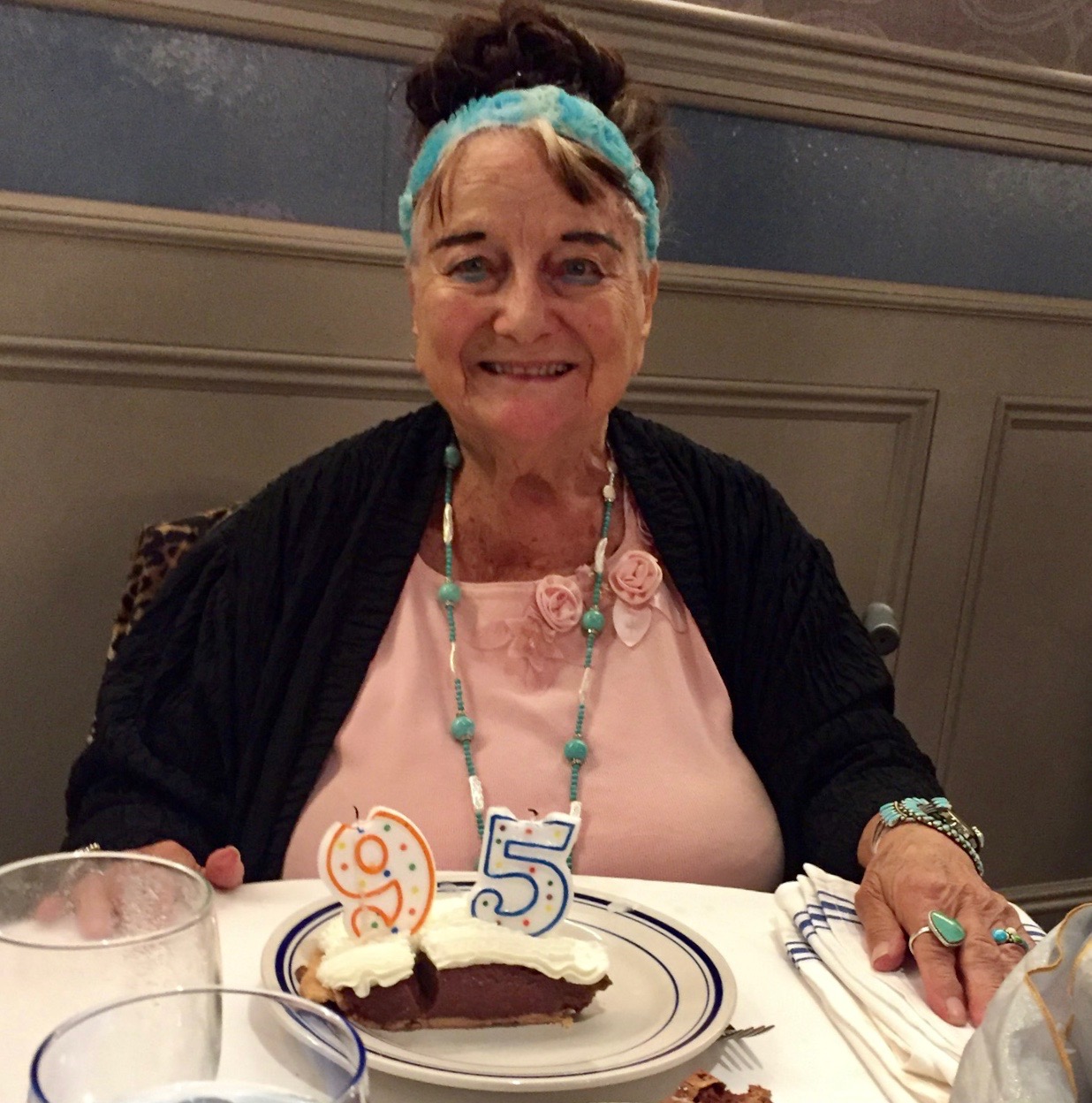 Hilda Perlberg, a Kings Point resident since 1962, passed away on Jan. 15.
Married to Herbert Perlberg in 1952 and raised three children, Mark, Robin and Sloane. She taught kindergarten in the New York City Public School System at P.S. 72 in the Bronx.

Mayor John Lindsay awarded her a commendation for being a pioneer in the Distar Program, whose purpose was to teach reading for the first time to kindergarten students.
Born to a poor family, she grew up on the lower east side of Manhattan. She attended Brooklyn College for nine years at night to earn her Bachelor’s Degree while working full time during the day to help support her family. After having three children, she went to Queens College to earn her master’s degree in early childhood education.

She married her beloved Herb in 1952. They lived in Douglaston, Queens until purchasing their dream home in Kings Point in 1962. How she loved her home. Nothing pleased her more than entertaining family and friends, (no smoking permitted even back in 1962), and sitting in her front yard on her chaise lounge reading her newspapers and books surrounded by her beautiful roses that grew to the top of her chimney and her colorful azalea and hydrangea bushes. She was a voracious reader and passionate about following politics.

An original member of Parkwood pool in Great Neck when it opened in 1965, she enjoyed swimming and, for many years, swam 100 laps a day during the summers. Hilda and Herb spent many wonderful summers at Parkwood Pool socializing with family and many friends. Later, when both were retired, they would spend the winter months in Boca Raton, Florida. She loved the sun and water. In more recent years, she would love to sit by the water at Steppingstone Park in Kings Point and watch beautiful sunsets there. She also loved the shows at Steppingstone Park, and would go to several every summer, even this past summer at age 97.

She was also an avid tennis player for most of her life. It’s how she met Herb, playing tennis in Central Park. She was the paddle board doubles champion for New York one year when she was younger. During tennis season she’d be glued to the TV, watching the top players and rooting for her favorites.

Perlberg was an important member of the National Council of Jewish Women (NCJW). Every year she would spend a lot of time going to local merchants in and around Great Neck, selling advertisements for the journal put out each year by the NCJW. She was their number one seller, helping to raise money for the charities supported by the NCJW. She was also a member of the sisterhood of Temple Emanuel.

But her greatest accomplishment and most fulfilling role was as the mother of Mark, Robin and Sloane, the grandmother of Melody, Ariel and Dovid and the great grandmother of the latest addition to her family, Keith Philip Burton lll.

There’s an old Yiddish saying: “God couldn’t be everywhere, so He created mothers.”
Perlberg was much loved by her family and many friends, and is terribly missed.
She had incredible presence and was like a force of nature. She touched and positively impacted many and her spirit lives on.