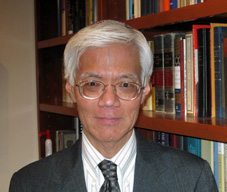 Rabbi Theodore Tsuruoka, spiritual leader of Temple Isaiah, passed away on March 26 at age 69. He had served the congregation for 16 years, beginning as a student rabbi.

Rabbi Tsuruoka, or Rabbi Ted, as he was known to his congregants, followed an unusual path to the rabbinate. A second-generation Japanese American, born to Methodist parents who met in a World War II internment camp, he was raised on Manhattan’s Upper West Side amid a large Jewish community. He began a spiritual journey as a young man, ultimately converting to Judaism at age 22.

A graduate of the Bronx High School of Science, Rabbi Ted earned a BA in sociology and a BS in math from City College. He went on to earn a master’s in population research and a doctorate in math from Georgetown University. He worked as the chief financial officer for Planned Parenthood in Manhattan, and had a second career in the family’s custom-framing business.

Ultimately, he found his real calling in spirituality and humanity, and, later in life, enrolled in the rabbinical program at the Academy for Jewish Religion. During his last year prior to ordination, Temple Isaiah was in the process of interviewing candidates to be its new rabbi. He submitted his résumé and was invited to meet with the search committee.

That interview has become a legendary event in Temple Isaiah’s history. As Copresident Helman Brook recalled, “The rabbinical search committee was waiting outside of the building when an Asian gentleman approached us. In those days, Temple Isaiah rented space from a Korean church in Great Neck, so the appearance of an Asian gentleman was unremarkable—until we realized that he was wearing a yarmulke.” After listening to the story of his spiritual journey to Judaism, and realizing that his values and love of Judaism were a perfect match for the congregation, Rabbi Ted was hired even though he was still a student at the time. Many of his congregants subsequently had the great joy of attending his ordination ceremony.

Rabbi Tsuruoka is survived by his wife, Linda; son, Jeffrey; daughter, Amy; grandchildren Sarah and Noah; and by his mother, Haruno Tsuruoka.