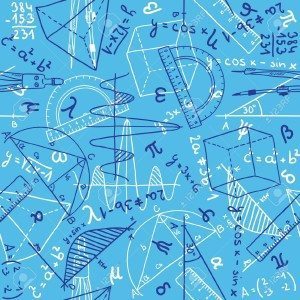 Qualified residents of the Great Neck School District may vote on the following on Tuesday, May 17, from 7 a.m. to 10 p.m. at the E.M. Baker School and the William A. Shine-South High School:

• Authorization to use Capital Reserve Fund (Proposition No. 2)

• Change in election method for board of education seats (Proposition No. 3)

• One board of education seat (Trustee Monique Bloom is seeking reelection)

After extensive public discussion and input during a lengthy and open process that started in our schools, the board of education has adopted the Proposed School Budget in the amount of $219,147,365 for the 2016–17 school year. The increase over this year’s budget is 1.13 percent. The increase in the amount to be raised by property tax is 0.17 percent.

Anticipated increases in revenue, including about $1.58 million in appropriated fund balance and reserves, and $591,927 in state aid, account for the difference between the tax-levy increase and the overall budget increase. This additional revenue will allow the school district to preserve instructional programs, with some cuts being made in operational areas that do not directly affect instruction.

“We are fortunate that we reside in a community that values education and supports the school district budget,” said Board President Barbara Berkowitz. “To stay within the extremely low tax cap imposed upon us by New York State, far below the 2 percent originally instituted, we thoroughly reviewed our operations and made cuts where possible. Nevertheless, we are maintaining our excellent instructional program as well as small class size. While the quality of the Great Neck Public Schools continues to be a hallmark of this community, we are always cognizant of our fiduciary responsibility to all of our residents.”

Dr. Teresa Prendergast, superintendent of schools, said, “We remain committed to being a premier school district and delivering a high-quality, 21st-century education. We are allocating resources prudently in recognition of the challenges posed in this fiscal climate, and we are pursuing efficiencies in all areas of the district.”

The second proposition on the ballot is the authorization to use the capital reserve fund that was created a year ago. In the 2015 election, voters gave the district permission to create a $19-million fund to finance facilities projects during the next 10 years. This fund will use surplus money from the district’s general fund and existing reserves, so it will not affect property taxes. In accordance with state law, the district now needs the community’s permission to start spending the money on capital improvements.

The third proposition on the ballot is a change to the way board of education trustees are elected. After the May 17 election, vacancies on the board will be filled by election of candidates to specific seats, repealing the current at-large method of election.

The 2016–17 school year is the fifth in which school districts must abide by New York State’s tax-cap legislation. This law requires districts to limit tax-levy increases to 2 percent or the rate of inflation, whichever is lower. However, multiple factors affect the actual limit, which is why it’s so low for 2016–17.

“According to the state’s formula, the allowed increase in our tax levy for the 2016–17 school year is 0.17 percent,” said John Powell, assistant superintendent for business. “The calculation incorporates changes to the tax base, the rate of inflation, payments in lieu of taxes, debt payments, capital project expenditures, transportation equipment purchases and pension increases above a certain percentage.”

With such a small allowable tax-levy increase, the district was forced to make cuts to balance the 2016–17 budget. Contractual salary increases, hikes in health-insurance premiums and other planned expenditures would have required a tax-levy increase greater than the allowable 0.17 percent. The district will appropriate $1.58 million in fund balance and reserves, which are unspent funds from prior years, and will rely upon other increases in revenue. For example, other school districts pay tuition for their students to attend special programs in Great Neck.

“There are a finite number of dollars,” said Board Trustee Monique Bloom. “We know the number we have to work with and need to make adjustments to programs, either additive or accretive, based on the instructional priorities of the school district. We’re doing our best, with the reduced resources that have been legislated upon us, to simultaneously maintain our high standard of education and move forward into the modern age.”

Annual external audits of public school districts are required by New York State. The certified public accounting firm of Cullen & Danowski, LLP, reports favorably on Great Neck’s management of finances, emphasizing a strong financial position, wise investments, an internal control system of checks and balances, and procedures that are supported by board policies. In addition, Great Neck is one of only seven school districts, and 21 public entities overall, in New York State to earn a rating of “Aaa” from Moody’s Investors Service. This rating means that its financial obligations are judged by Moody’s to be of the highest quality and subject to the lowest level of credit risk.

Copies of the 2016–17 Proposed Budget are available at the Phipps Administration Building, 345 Lakeville Rd. Reference copies can be found in the schools and public libraries, and it can be viewed online at www.greatneck.k12.ny.us.

On May 17, registered voters who live north of the Long Island Rail Road (LIRR) can vote at the E. M. Baker School. Those who live south of the LIRR may vote at the William A. Shine-South High School.