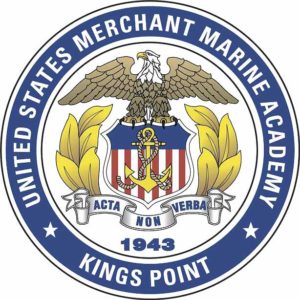 North Shore Action invited U.S. Representative Tom Suozzi to speak in Great Neck at its Join Together event in Jonathan L. Ielpi Firefighters Park on April 23. In his remarks during the event, Suozzi spoke about legislation he was cosponsoring with U.S. Senator Kirsten Gillibrand to protect midshipmen at the U.S. Merchant Marine Academy (USMMA) from sexual assault. The legislation would build upon the USMMA’s reforms and codify the steps the academy is taking to make its Kings Point campus a safer place for students.

North Shore Action has sought to increase awareness regarding the danger of sexual assaults in our community. In addition to being immoral and illegal, sexual assault is a form of intimidation that prevents women from accessing or even considering nontraditional jobs or career paths. The lack of enforcement and the fear that making a complaint will punish the complainant and derail her job opportunities only gives the perpetrators a free pass to try again. We must send a clear message to perpetrators that they will be prosecuted, and to the women who are their victims that they must speak up and that they will receive justice.

“At North Shore Action, we commend Senator Gillibrand for her valiant efforts to combat sexual assault in the military,” said Toby Katz. “It would be nice to see more of her colleagues, male and female, on both sides of the aisle, add their voices to this issue.”

Getting Help in the Event of a Sexual Assault

According to Co-executive Director Sandy Oliva, who has been associated with the organization for nearly 40 years, The Safe Center receives “a total of 7,000 calls per year” from rape victims via 911 calls, area hospitals and local police. The center’s hotline counselors have special training in domestic/dating abuse, rape and sexual assault, and crisis intervention. The center provides emergency support to victims, helps them with safety needs and safety planning, and provides information about options and how to use them.

When a call is made to 911, a Special Victims Squad is on call to counsel victims at one of 12 area hospitals. Two Nassau County hospitals are forensic hospitals, North Shore University Hospital (Northwell/NSUH) and Nassau University Medical Center (NUMC), and have dedicated resources for rape victims. These forensic hospitals have rape kits, special exam rooms and equipment, including lamps, dryers, medications and specially trained nurses.

Once a call is placed to the 911 hotline, or a victim is brought to the hospital by the police, a Safer advocate is dispatched to the hospital to meet with the victim, a trained nurse and the assigned detective. Because DNA from the assailant only lasts for 96 hours, and because there are certain medical interventions that can be taken to stop/treat pregnancy, sexually transmitted disease and AIDS, it is absolutely imperative for the victim to go to a hospital for examination and treatment as soon as possible.

The hospital will also screen for the presence of drugs and alcohol. Evidence collected with the rape kit is held at the hospital for 30 days, so the victim does not have to make a pressured or immediate decision regarding bringing charges against the rapist. Even if DNA evidence is collected at the hospital, it is not proof of a crime. The legal prosecution (ADA and police) must still prove that the sexual act was nonconsensual, unless the victim is younger than 16, in which case it is deemed rape even if both parties consented.

Counseling services are also provided to the victims and their families, who are considered “secondary survivors.” The Safe Center provides all counseling services absolutely free of charge, partly funded by the Office of Victim Services (OVS ). Mental health counseling, which should be sought as soon as possible, can make a tremendous difference in the life of the victim and her family. Victims are often beset by feelings of shame and anxiety, especially in cases where the perpetrator is a family member or acquaintance. Surprisingly, very few sexual assaults are committed by strangers. The vast majority of rapes are committed by intimate partners, in date rape situations or by authority figures.

As many people are aware, sexual assaults are rampant on college campuses, where excessive amounts of alcohol and social anxiety contribute to the problem. Because
of boundary issues in relationships, not being able to say “No,” wanting to fit in or make friends, victims often drink alcohol, making themselves vulnerable to assault.

When dorming away from home for the first time in college, many young people are at risk and are prime targets. To be clear, becoming intoxicated does not mean that the victim is at fault. The victim is never at fault. All colleges are mandated by New York State to teach “Enough Is Enough,” the doctrine of affirmative consent which is now the lay of the land at all schools and colleges.

The Safe Center presents training regularly at local colleges, including Hofstra University, LIU Post and Adelphi University. The center has several programs in place to educate both male and female students at college campuses to increase awareness about relationships and what constitutes consent to have sex.

“The Safe Center is available to do trainings, including ‘Enough Is Enough,’ at schools, businesses and houses of worship,” said Oliva. “If you contact us about a need in your community, we will send an educator to you to provide training.”

Find out more about The Safe Center and how to volunteer or support the organization at www.tscli.org.

The community-based organization North Shore Action, which was formed in January 2017 by a group of women residing in Great Neck and Manhasset, has no political affiliation, and has focused its mission on matters affecting the local community, including women’s issues, health and welfare concerns, local safety issues and voter turnout. In the coming months, North Shore Action, which has been growing through word of mouth and Facebook and holds regular meetings, will hold informative events open to the community focusing on the opioid drug epidemic and breast cancer awareness. For more information, contact northshoreaction@gmail.com.

Kings Point resident Jacqueline Harounian is a regular contributor to the Great Neck Record. She currently serves as a rape-crisis counselor and volunteer for The Safe Center, a nonprofit victims’ services organization in Bethpage. After recent reports of sexual assault of female midshipmen on the Kings Point campus, she was inspired to write this three-part series regarding the response of legislators and the USMMA.

Read Part 1 and Part 2 of this series.