A man stole a wallet from a Chase Bank customer at 410 Northern Blvd. in Great Neck on Monday, July 16, at 11 a.m., according to Nassau County Police Department Third Squad detectives.

The detectives report that the 61-year-old male victim was performing a transaction at the branch when the unknown male, whose picture was captured on security cameras, removed the victim’s wallet from the desktop he was using. 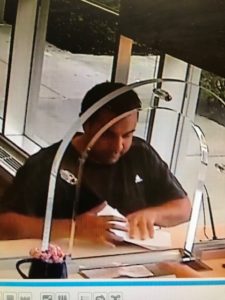 Later that day, the suspect used the victim’s credit card several times at a CVS store in Roslyn Heights.

The alleged thief is described as a male white in his 30s with dark hair. His height appears to be between 5 feet, 10 inches and 6 feet. He was wearing a blue shirt with blue shorts. 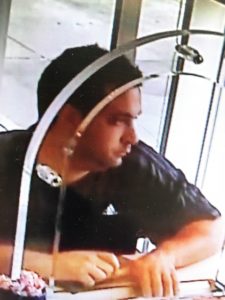 Detectives ask anyone with information regarding this crime to contact Crime Stoppers at 800-244-TIPS. All callers will remain anonymous.