According to detectives, an unknown man was observed on video surveillance entering the apartment building at 50 Hillpark Ave. He then entered the superintendent’s office at approximately 1:40 a.m., where it is believed he attempted to disarm the video system by cutting wires between the DVR and the video monitor. The subject was captured on video exiting the building at approximately 1:46 a.m.

At 9:41 a.m., the same man was observed entering the building again. He proceeded to the second floor and is believed to have committed multiple burglaries by breaking into four separate apartments, where jewelry and cash were removed.

Detectives request that anyone with information regarding this incident or anyone who may know the identity of this person should call Crime Stoppers at 800-244-TIPS. All callers will remain anonymous. 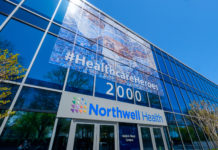