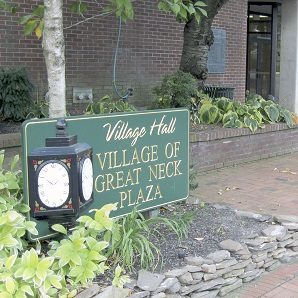 Shoppers looking to park in Great Neck Plaza may soon have to keep more quarters on hand, but will hopefully find getting a space easier to locate, based on the comments and reactions heard at last week’s board of trustees meeting.

Not a discouraging word was heard about the Plaza’s parking consultant’s suggestion that hourly rates on both the metered spaces on the street and in the municipal lots and garages be raised to 50 cents an hour from the longtime rate of 25 cents an hour.

That suggestion, made as part of a 12-page report by Level G Consultants commissioned by the Plaza (www.greatneckplaza.net, under items of interest), was accompanied by other suggestions including one that met with disapproval regarding lowering the two hour-limits at street meters and lowering some of the time limits in the village lots. Several merchants who spoke at the meeting were adamantly opposed to changing those limits.

Raising parking rates, the report points out, would, in effect, discourage merchants and employees from feeding the Village’s meters. It would hopefully redirect them to use permit parking spaces in the available garages, thus freeing up more spaces for shoppers.

Downtown shoppers in both Roslyn and Huntington currently pay $1.00 an hour to park.

Right now, with a Village monthly permit costing $90.00 (pro rata plans for part timers are also available), it’s cheaper to feed a meter. Doubling the hourly rate would make feeding a meter 67% more expensive than a full time permit, according to the Level G report.

Mark Wolf, whose Camp and Campus store has been a Plaza fixture since 1955, has been closely observing parking patterns in the muni meter lot behind his store for a long time.

Referring to the 11:30 a.m. to 3:00 p.m. weekday period as especially difficult, he said, “You see cars circling and circling and circling. My question is ‘How many times does a car have to circle and not get a spot before they do not come back to Great Neck to shop?’”

“My suggestion,” he added,” is to raise the parking rates, leave Middle Neck Road’s time limit . . . alone, work on the problems with the lots.”

“I think we’re going to eliminate a lot of the problems by handling the lots first,” Wolf said, referring to the misuse of the lots by employees and merchants that he has observed.

“I’m strongly opposed to changing the two hour time limit because I don’t think two hours is enough,” said Danny Arbusman, who owns Jewels By Viggi on Middle Neck. “If a customer goes from store to store, two hours is not a lot of time. The target is to induce more business for merchants in town and this report really ignores it.”

Scott Zimmerman, whose Aura Salon is just around the corner from the Gussack Plaza garage with its four hour meters and the outdoor muni meter four hour lot, was concerned with any change of time limits there.

“I do agree with it (Level G’s report) except for the municipal lots,” said Zimmerman who is also a vice president with the Great Neck Chamber of Commerce. “I’m a little concerned with cutting them down to two hours. I think it should be reconsidered. Being that I do own a hair salon, people are in my business for more than two hours at a time.”

Zimmerman suggested that a three hour limit might work but he brought up another topic that Level G’s report, limited to a weekday survey, did not address—Sunday parking.

“I am open on Sundays,” he said. “The spots do not turn over. It’s a lot of people going to the train and its unfair to my business. There is no spot turnover whatsoever.”

Other speakers agreed and advocated that meters be in effect on Sundays also because of the poor turnover. The fact that the Great Neck Park District strictly enforces its parking restrictions for nondistrict permit holders also greatly impacts on the lack of spaces.

Attorney Jonathan M. Stein criticized the Level G report for failing to include an economic impact of the suggested changes. Gerard Giosa, who prepared the report, responded by saying, ”You would think that turnover of parking spaces and being able to accommodate more parkers in the same static parking supply would help economically . . . I can’t put any numbers on it, but instinctively, you would believe . . . that it would help the situation.”

Increased revenue from the meters could go towards parking lot maintenance, repair, upgrades, better lighting, camera surveillance, etc. More than one speaker speculated that safety concerns and needed repairs were keeping drivers from using long-term parking in the garages.

“We’re going to take time to look at these (suggestions and comments) and come up with some recommendations so that we can go forward,” said Mayor Jean Celender. “Maybe we will do it in baby steps with some of the things that seem to be a consensus 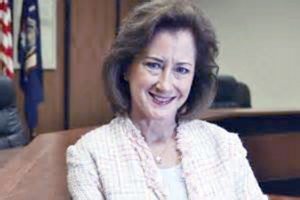 with everyone. Stay tuned. We’ll come back as soon as we’re able to put this all together.”