Great Neck couple Howard and Lottie Marcus donated $400 million to the Ben-Gurion University of the Negev (BGU), the largest single donation any university in Israel has ever received.

After investing with Warren Buffet in the early ’60s, Holocaust survivors Howard and Lottie Marcus’s assets grew exponentially. What they decided to do with their fortune is truly remarkable.

Howard Marcus was a dentist who fled Germany and migrated to Italy, where he thought he escaped anti-Semitism. However, the time that Howard chose to settle in Italy was one of the worst. He wound up being trapped there because of persecution against the Jews. New Jewish immigrants to Italy were in greater danger than longtime residents during the early years of the war.

Thankfully, Howard was able to finally escape Italy. One of his dental patients was part of the U.S. Consulate and offered him a Visa outside the normal application process because the quota had already been met.

“Howard was able to escape basically on the eve of the arrest and imprisonment of nonresident Jews in that part of Italy,” said Krakow.

Lottie was also from a German-Jewish family and convinced her parents to send her away to try and flee the Nazi’s rise to power. Lottie was able to escape, but her disabled brother and parents were killed shortly after she left. 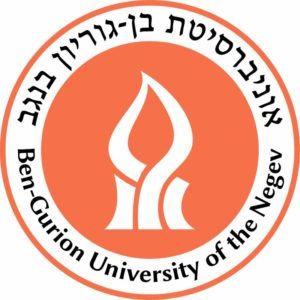 Howard and Lottie met on a blind date at a dance in Manhattan years after arriving in the U.S. In the early ’60s, the Marcuses met Buffet while he was studying at Columbia Business School. They decided to invest their modest nest egg with him and never parted with a share of stock for the ensuing 50 years. Their money grew to $400 million, which they decided to donate to the Ben-Gurion University of the Negev.

“Their modest nest egg turned into one of the great philanthropic fortunes,” said Krakow. “This was the beauty of what they wanted. They came to believe in the leadership and vision of the BGU presidents. They asked that 10 percent be earmarked for water research, which they believed was going to be the key to building bridges in the Middle East among nations that share a common problem with an absence of adequate water supply, and 90 percent will be based on recommendations made by the president, so that this president will have her say, as will her successors.”

The couple had no direct connection with BGU. They were introduced to the university at a program after they had long since retired in California. They came to know Krakow’s organization, American Associates Ben-Gurion University of the Negev (AABGU), through the office in Los Angeles. Over time, a relationship began to grow between Howard and Lottie Marcus and the university as they became acquainted with more members of the community.

“The members of the university community became like extended members of their family,” Krakow said. “So over the course of time, it was an association that was beyond anything that anyone would expect between a relationship of a donor and beneficiary.”

They were deeply committed to Israel as the guarantor of the Jewish future. Krakow said they were “deeply committed to education as the gateway to strengthening the core of the Jewish people and I think because they were so devoted to the people, they knew over the course of time that this was like committing it to family when they decided that this is what they wanted to do.”

In 2005, the university had received a letter from the couple explaining what they wanted to leave the school. At the time, the estimate of what they were going to be leaving was less than half of the $400 million donation they had actually gifted. 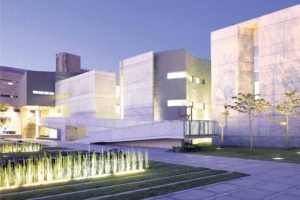 “This is not typical philanthropy,” said Krakow. “This couple gave the entirety of their wealth and they lived basically anonymously throughout their lives. Nobody would have known. Nobody could have known. There was no demonstration that they could have managed to stumble on this kind of opportunity.”

Krakow compares the couple to grandparent figures. He said they always wanted to know when you were coming and how soon you would arrive. They would wait in the parking lot outside of their apartment to greet you—and when it was time for you to leave, they wanted you to promise when you would be back. 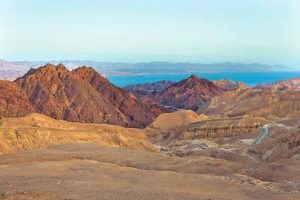 The retirement community the couple settled in was filled with Fords and Chevys, Krakow recalled. “This was not a fancy place. The people who lived there were not fancy people. Howard was in incredibly good shape intellectually past his 104th birthday. They were still a very dynamic tandem with a great sense of humor.”

When Krakow called Howard Marcus on his 102nd birthday, he remembers his incredible wit and humorous side. He said that he asked Howard over the phone, “How’s it going?” Howard responded, “It’s not really going that well.” Krakow was confused and asked, “Why?” Howard then answered, “Well, 100 years ago when I cried, people would come running and attend to my every need. These days, every time I cry, my wife calls a psychiatrist.” 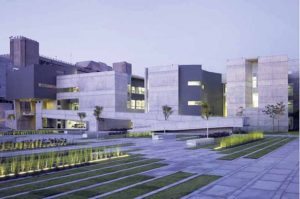 Krakow said, “It was really a great privilege to have had a chance to cross paths with them for the years that I did.”