Mayor Pedram Bral addressed Great Neck Village residents’ concerns over the discussed termination of the Vigilant Fire Department at a town hall meeting on Tuesday, March 7. He was met with a packed room of filled seats, causing many to stand in the back and crowd in adjacent hallways.

Residents were concerned about a meeting between the nine mayors of all Great Neck Villages and Northwell Health to discuss the possibility of an ambulance agreement and the termination of Vigilant. Mayor Bral assured the attendees that no proposal was on the table. Village Attorney Kenneth Gray claimed that they only watched a presentation from Northwell to explore all options to remain “fiscally prudent.”

Still, residents were anxious about the effects a possible termination would create concerning the safety hazards of not having local, immediate responders. Citizens and volunteers shared stories of distress in which the Vigilant Fire Department went above and beyond to ensure the safety of village residents.

Volunteer Michael Greene recalled a time when he was notified of a child across the street from his home who was not breathing. Greene was able to make it to the house within 15 seconds and quickly resolved the problem. He stressed that Northwell would be unable to respond in such a prompt manner because they were not dispersed locally like Vigilant volunteers.

Financial concerns were also discussed. It costs about $250,000 annually to maintain the department, which makes up 3.9 percent of the village budget. However, Vigilant’s services are free to residents. In addition to the increased travel time, residents’ were concerned about the price of ambulance travel; many recalled being billed more than $1,000.

In total, 14 residents and volunteers spoke in opposition of the termination of Vigilant; no attendees spoke in its favor. Vigilant Chief Joshua Forst pointed out that the mayor has yet to sign a 2016 contract with the department. This triggered an irate response from attendees.

One speaker claimed that Jon Kaiman, chairman of the Nassau County Interim Finance Authority, explored the idea of a breakup between fire and ambulance services a few years ago, exploring whether insurance-based ambulances would be a better option. The analysis cost $180,000 and the conclusion was that no change should be made.

Volunteers are trained for fire and other emergency situations and run drills each month. The department’s website assures that “Each firefighter must also attend the Nassau County Fire Service Academy’s Primary and Essentials of Firefighting classes totaling more than 80 hours in their first year. Every firemedic member must take the New York State Emergency Medical Technician course, which is approximately 180 hours of classroom time along with 10 hours of hands-on field training.”

While no one spoke out against the Vigilants at the meeting, one former EMT volunteer, who has chosen to withhold his name, reached out to the Record to express his concerns about “a tremendous amount of gross misconduct, poor service and other malfeasance witnessed by myself and others.”

The former EMT believes that the department belonged to a “bygone era when a volunteer fire department was much more feasible.” He claimed that many fire calls end up being false alarms and that the few cases that required real attention were met with understaffed firetrucks. He expressed concerns over the level of care Vigilant could provide. While he was confident they could provide low-level care, he said they would often have to reach out to the Manhasset-Lakeville Fire Department for higher care providers. 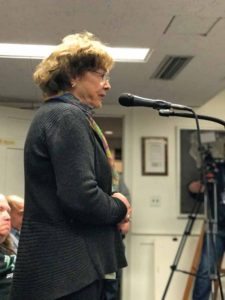 One reader questioned the department’s emergency qualifications. “Not including their paid paramedic staff that only works during the daylight hours, Vigilant has maybe two experienced ALS providers, who cannot always show up,” said the reader, who believes that Northwell would respond in the same time as Vigilant with experienced professionals.

Terry Lynam, a spokesperson for Northwell Health said that the health-care system responded to an inquiry by the villages and met on Jan. 4. While no formal proposal has been submitted, if all of the villages chose to enlist Northwell as their emergency provider, the company would offer ambulance services to the villages free of charge, billing patients directly. According to Lynam, since Northwell has 120 ambulances, one is always nearby with an average response time of six minutes.

“We want to support villages in any way we can,” said Lynam. “We have a long history of working with local governments and always work with them to preserve relationships with local volunteers.”

Vigilant stands by its record of serving Great Neck’s northern villages as their EMS provider for 80 years. “Our five-minute response time, continual investments in life-saving technologies and deep-rooted partnerships with the communities we serve stands for itself,” the fire company said in a statement. 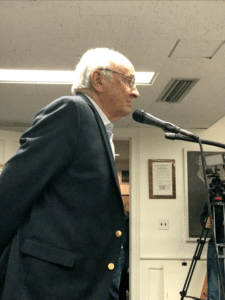 “At this time, we are simply looking for clarity regarding the villages’ commitment to our services as we continue to prioritize the well-being and safety of our Great Neck neighbors,” the statement continued. “We are looking forward to the mayors providing opportunities for further public discussions.”

Although Mayor Bral assured everyone that there was currently no proposal from Northwell, he was unable to promise residents that he would protect the department from termination. The town hall made one thing clear: Most residents are uncomfortable with the termination of Vigilant in exchange for Northwell ambulatory services.