Mayor Jean Celender is encouraged by the recent surge of new businesses opening in Great Neck Plaza and is optimistic about the array of future projects scheduled.

“We have a lot of new businesses coming in and a lot of interest of other businesses,” 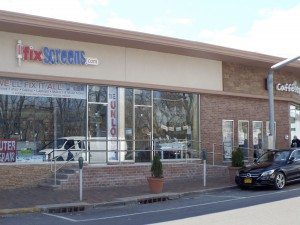 said Celender pointing to a list of 10 new businesses in the process of opening, adding to 28 new stores that opened in the past two years.

“Every board of trustees meeting we’ve had one or two conditional use (requests),” she added, referring to the beginning process for a new business wanting to open. “And there are always new applicant inquiries.”

The Plaza has been the subject of constant criticism and complaints about the vacancy rate among its 267 stores but, as of last week, there were 19 vacancies, the lowest number in several years. 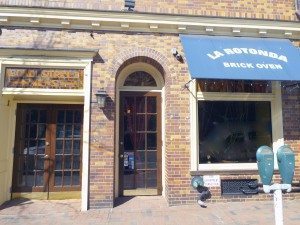 “What people don’t realize is if there’s paper (in the windows) on a store it doesn’t mean that it’s not rented,” she continued. “It may be they’re in the process of renovating. Restaurants take time. They have to have all the connections to sewer and water and the Health Department has to be consulted. The Fire Department has to come in. It’s complicated.”

Business incubator Launchpad Great Neck is about to open. A collaborative effort of county, town and Plaza, it is set to occupy space at 3 Grace Ave.

Construction has started next door at 5-9 Grace for a mixed use building with retail space on the ground floor, and work has also begun at 55 Middle Neck for a nine-unit residential building. 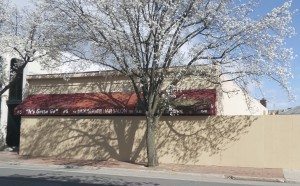 As for other upcoming projects, Celender was specific about two successful state grants she had written, one involving traffic and pedestrian safety near the Shop Delight at Welwyn Road and Shoreward Drive, and one involving the installation of porous pavement in the parking lot behind the Squire theater and Gold Coast Arts Center on Maple Drive.

“We’re doing improvements to our infrastructure in this very difficult climate, as we’re under a tax cap,” Celender said. “We’re not getting money to do these kinds of improvements unless we write grants. I’m happy that our village can do this without taxing our residents…without bonding. When we don’t have to (bond), it’s a home run.”

Also slated for improvement, by Nassau County, is a traffic-calming project for Cutter Mill Road.

Celender also spoke of a new initiative with Thomaston, where the two communities work together on enhancements in areas where the borders of the villages meet.

The Plaza will also address the parking situation, another topic that’s been a major concern for years. A public meeting will be held Wednesday, May 6, 8 p.m., to consider a draft report and the recommendations of Level G Associates, LLC, a parking consultant firm hired by the Plaza.

“It’s an important conversation to have,” the mayor said. “I’m sure that’s there’s lots of concerns and issues. There’ll be people for, people against…we need to have this conversation about how we can improve parking utilization and efficiency, because right now it’s not being used properly and that’s hurting the downtown. We have to do something. Even if we have to take little baby steps…we do have to make some changes.”